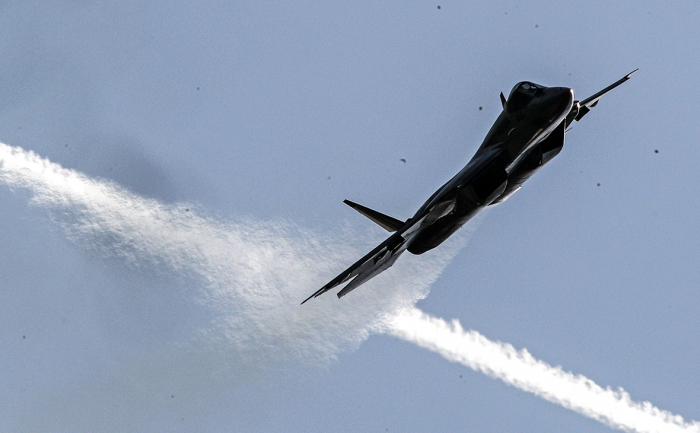 One of Russia’s cutting-edge Su-57 fighter jets has crashed during routine factory test flights near the Komsomolsk-on-Amur aircraft plant in the Far East. The pilot ejected safely and was picked up by a Mi-8 rescue helicopter.

The aircraft involved in the incident belonged to the manufacturer and was undergoing a series of flight tests some 110 kilometers of Dzyomgi air base in Russia's Khabarovsk region.

There were no casualties or damage on the ground, the manufacturer confirmed in a brief statement. The crashed jet's black boxes are yet to be recovered.

The 5th-gen plane has been on trials since 2010, and finally entered serial production only this year. So far, Russia has only a handful of operational Su-57s that were manufactured during the pre-production period.

The aircraft, however, has already been tested in real combat conditions, briefly taking part in Russia’s anti-terrorism campaign in Syria. Due to their maneuverability and supersonic features, the twin-engine stealth Su-57s are set to become the backbone of Russian aerial superiority during warfare. The Su-57 is set to be fitted with ‘smart’ guided bombs and will reportedly get a highly maneuverable hypersonic missile, similar to Kinzhal.