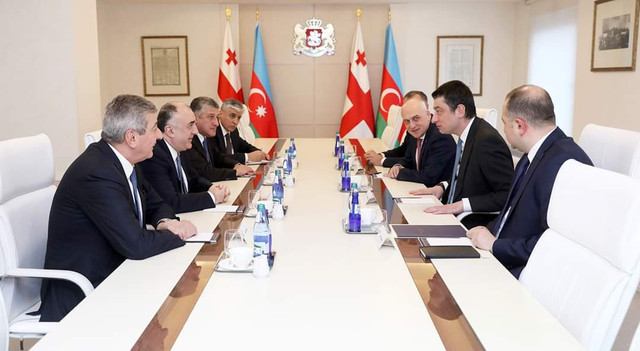 The parties exchanged views on issues and prospects of bilateral cooperation between the two countries.

While speaking about the prospects of cooperation within various international organizations, the Georgian prime minister thanked Azerbaijan for supporting Georgia’s territorial integrity.

In turn, Mammadyarov touched upon the strategic relations between the two countries and emphasized the importance of the further development of these relations.

The sides stressed that these projects contribute to the establishment of stability and security in the region as a whole.

The sides stressed that both countries have the potential to implement energy projects in the field of renewable energy sources.

The parties also exchanged views on a number of issues on the global security agenda.