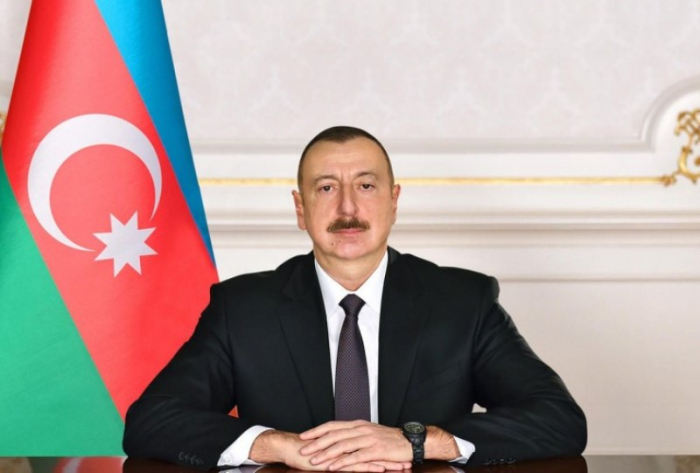 I cordially congratulate you on 31 December, the Day of Solidarity of Azerbaijanis of the World, the day epitomizing the national and spiritual integrity of the Azerbaijani people. I convey my most sincere wishes to all of you.

This historic day, which was first celebrated on the initiative of great leader Heydar Aliyev, is annually celebrated by our people with great enthusiasm as a symbol of the indestructible unity of millions of our compatriots living in foreign countries around the ideology of Azerbaijanism and their loyalty to the motherland.

After the restoration of state independence, Azerbaijan, having demonstrated organized unity and solidarity at the moments of historical trials of our recent past, achieved great development and success in all areas.

Today, due to our independent domestic and foreign policy, growing international authority, economic, political and military power, the Azerbaijani state has entered a new stage in its development. Our country, the initiator and participant of many global transnational and regional projects, makes a significant contribution to the energy security of the world and has become an important transit and logistical center of the region. Our rich natural resources and economic potential provide a reliable basis for further strengthening the geostrategic position of Azerbaijan, and we will continue a consistent policy in this direction.

The systemic reforms carried out in the socioeconomic, political and legal spheres and in public administration and the more active involvement of youth devoted to the ideals of national independence and possessing a modern worldview bring us ever closer to the set goals of strategic development. As a result of successful policies of the country, strong public and political stability and national-spiritual harmony have been ensured and the well-being of our citizens has significantly improved.

At a time when complex ethno-political processes, confrontations on religious and confessional grounds, humanitarian disasters take place in certain regions of the world, Azerbaijan is a unique space where stability, ethno-religious tolerance and multicultural traditions have been preserved. The hosting of numerous authoritative international events discussing peace and security issues of concern to people, the problems of inter-civilizational dialogue, including the second summit of religious leaders of the world, the 17th Summit of the heads of state and government of countries participating in the Non-Aligned Movement and the transfer of chairmanship in it to the Republic of Azerbaijan for the next three years is a clear example of the international authority of our state. It is no coincidence that our capital Baku, which is now one of the most beautiful cities in the world, has become a center of important calls for peace and tranquility on a global scale.

The declaration of the “Year of Nasimi” in Azerbaijan on the occasion of the 650th birthday anniversary of brilliant Azerbaijani poet Imadaddin Nasimi is one of the significant pages of our public and cultural life this year. A variety of events held within the framework of the "Year of Nasimi" in our country and beyond were further demonstration of the universal significance of Azerbaijani culture.

A fair settlement of the Armenian-Azerbaijani Nagorno-Karabakh conflict and restoration of our territorial integrity remain a fateful task for us. The military and economic power of our state, our gradually strengthening positions in the international arena and active political and diplomatic efforts have been mobilized to resolve this painful problem in accordance with the national interests of Azerbaijan. The successes achieved by our army at the frontline in recent years also show that the day is not far off when Karabakh, the original and eternal Azerbaijani land, will be liberated from the enemy and historical justice will triumph.

Currently, the Republic of Azerbaijan is experiencing a period of brilliant and sustainable development. Our compatriots living in different parts of the world, whose hearts are full of love for Azerbaijan, also do not remain aloof from these historical processes, their great achievements in the progress of our people and in communicating the truth about Azerbaijan to the world community are highly appreciated.

I do hope that along with integration into the life of the countries our compatriots live in, they will also maintain their national identity, moral values and attachment to their historical Motherland, demonstrate a unity of action and ideas, indestructible solidarity in the name of the present and bright future of Azerbaijan. I am sure that our numerous diaspora organizations in foreign countries will continue to make determined and patriotic efforts in the name of these goals and will always enhance the glory of our people and state.

I wish you success on this path, good health, happiness and prosperity to your families.