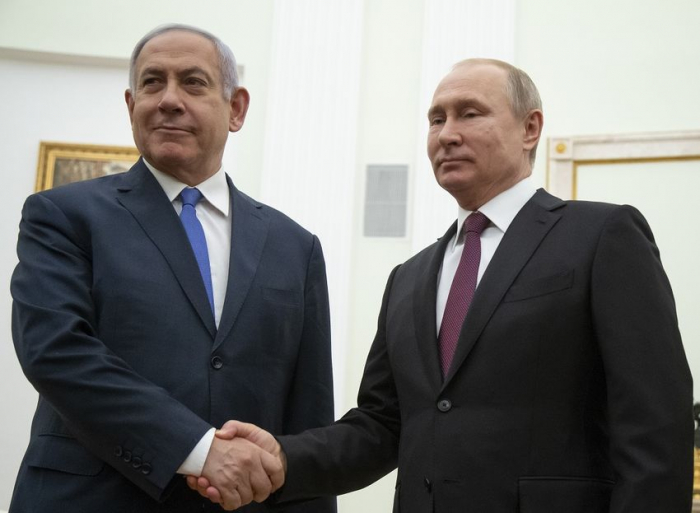 The situation in Syria and around the Iranian nuclear dossier was in focus of a telephone conversation between Israeli Prime Minister Benjamin Netanyahu and Russian President Vladimir Putin, the office of the Israeli prime minister said on Thursday, TASS reported.

According to it, the Russian leader wished a Happy Hanukkah to the Israeli prime minister and Netanyahu conveyed seasonal greetings to Putin.

According to the Kremlin press service, the conversation was initiated by the Israeli side. Putin and Netanyahu "discussed current topics of the international agenda and some issues of the bilateral relations in the context of the Russia president’s visit to Israel scheduled for January 2020," it said.

The office of the Israeli prime minister also said that Netanyahu had once again asked the Russian leader to help release Israeli citizen Naama Issachar who had been sentenced to 7.5 years in prison in Russia on drugs smuggling charges. In October, Netanyahu and Israeli President Reuven Rivlin asked the Russian president to pardon Issachar.