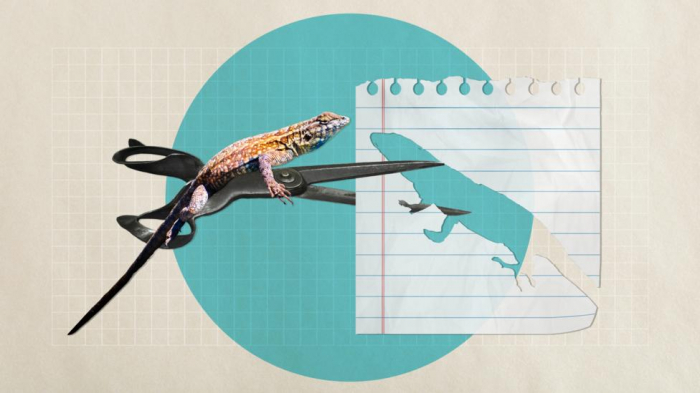 It is possible to look at human relationships a little like they are a game of rock, paper, scissors – how you play it is up to you...

How do you go about finding “the one” – or, at least, the “next one” – in today’s dating world? And once you’ve met someone interesting, how do you decide whether you should commit to a monogamous partnership… or keep your options open?

From Tinder to Grindr, hooking up to settling down, the options for finding love (or at least sex) seem limitless and overwhelming. But by applying a bit of game theory – where mathematics is used to understand interactions between independent decision makers – we may be able to think through our choices in a clearer, or at least more logical, way.

The strategies that we adopt in our real-life relationships can be explained, according to game theorists, by computer models that predict how to get the most from your interactions with others. But, like with all human behaviours, a complicated mix of toing and froing means the best strategies often go in and out of fashion. Game theorists have shown that if two people knew their relationship would be short, they were more likely to cheat. If, on the other hand, the relationship had no forseeable end, they tended to cooperate. It’s like how neighbours tend to be respectful of each other and how people can be more rude, dirty and loud on vacation: there is a sense of impunity when you know you won’t see someone ever again.

Game theorists have been applying their work to relationships for decades. Political scientist Robert Axelrod popularised some early experiments in his 1984 book Evolution of Cooperation. However, applying theoretical computer models to complicated human interactions is imperfect when the models might not be realistic enough. Models were often designed to look at short-term gains, and these computers weren’t programmed to succumb to complex emotions, like the temptation to cheat. This forced game theorists to incorporate more complicated decisions, such as whether we maximise our chances if we date only one person at a time, or several people simultaneously. (Find out why we might be set for a new sexual revolution.) 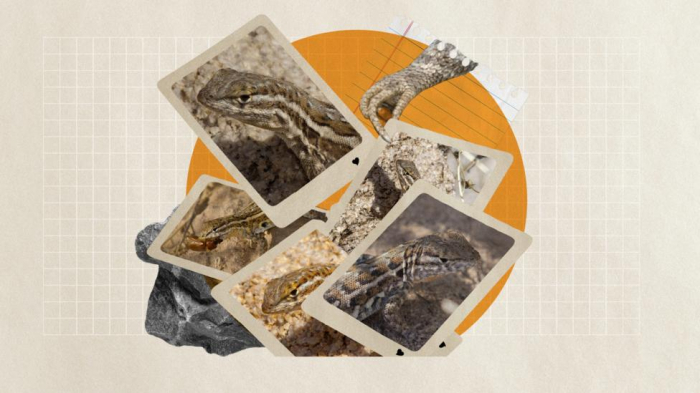 Game theory can help us to decide on the best mating strategy (Credit: Getty Images/Alamy/Javier Hirschfeld).

Within the biological sciences, John Maynard Smith proposed a variant called evolutionary game theory. By using this type of game theory, biologists simplify the terrifying complexity of mating to accurately identify a target’s “type”. Specifically, they look at what kinds of relationship strategies a species develops – for example, do they have a single, multiple or fluid number of partners?

One famous study looks at male mating strategies across different animal species. You might think that, in most species, the most effective approach would be the same for all: the more “masculine” a male appears, the more likely to attract a mate. But that’s not always the case.

Take the side-blotched lizard of California. Its “manly” males are territorial. Those with orange throats are aggressive with a large domain and many females or harems, while those who control smaller territories have blue throats and are monogamous. Both successfully mate and pass on their genes over several generations.

Each time, the type that trends most dominantly eventually gives in to an invader type that replaces it. This means that all three types of males survive with cycling frequency, and thus none ever die out – instead, these strategies keep reappearing generation after generation. In game theory, these are called “evolutionarily stable strategies”.

It isn’t just lizards, either. Male elephant seals and bacteria also have been found to use these strategies. Whether the animals are lizards, seals or bacteria, the three types of males all “win” the game – by managing to mate.

How is it possible that such three different strategies can all work with equal success? To understand it, think of the game rock, paper, scissors (RPS). 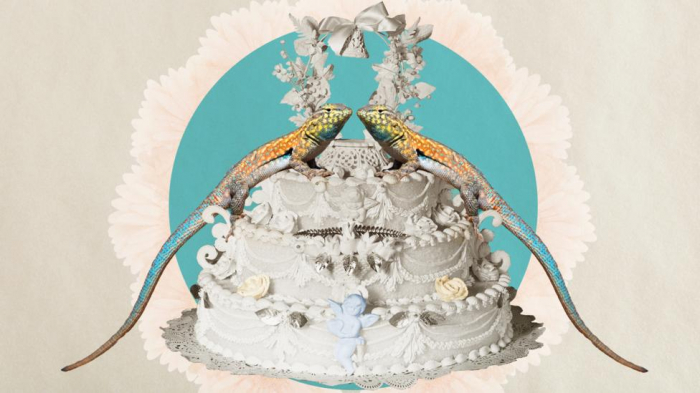 Populations of side-blotched lizards fluctuate from being dominated by monogamous males, to those with different ideas (Credit: Getty Images/Alamy/Javier Hirschfeld).

In this game, two players have three strategies that they can choose from in any one “go”. Winning and losing is cyclical: rock beats scissors, scissors beats paper, and paper beats rock. In other words, no single strategy has any long-term advantage over the others, as any one strategy will beat, or be beaten by, one of the other two. Keep any choice up over multiple games, and at some point, your time will come. (Read about what the benefits of a rebound might be.)

Applied to mating, that means that the best strategy for the female is to select randomly from the harem-minders, monogamous or sneaker types. Preferably, though, she will pick the invader – the “underdog” that isn’t currently dominant, but soon will be. Regardless, the ongoing survival of all three types of males proves that each strategy is successful against at least one of the other two.

Of course, humans aren’t lizards. Even so, the RPS mating game has resonance for us too – as long as you concede that human mating is, in some cases, different from dating.

Much like rock beats scissors, in some cultures being a “sneaker” – those who are sexually free floating, regardless of their legal commitments – beats monogamy

All three groups are evolutionarily stable. It’s rock, paper, scissors all over again, although in a slightly different order from lizards.

If that’s the case, who beats who in any given “round”?

One study argues that institutional monogamy in humans has “group-beneficial effects”, principally because it “reduces the size of the pool of unmarried men” – something that is shown to reduce criminal activity such as rape, murder, robbery and fraud in societies that are culturally harem-minders. 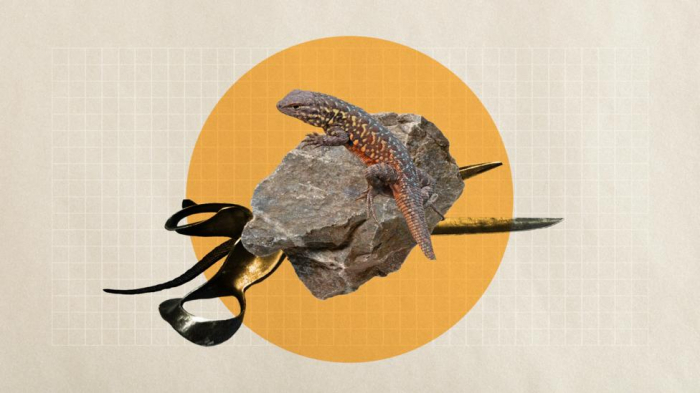 In human cultures where cheating is common, being sexually free-floating is more advantageous than being monogamous (Credit: Getty Images/Alamy/Javier Hirschfeld).

Monogamy is not an exclusively male evolutionary strategy. According to the zoologist Birgitta Tullberg, groups of female anthropoid primates who started off as harem-minders later evolved into groups of monogamous females. Meanwhile, the usual swelling and scents that would indicate that a female is ovulating and fertile disappeared over just a few generations. Why? To ensure males helped with caring for the offspring: if a male doesn’t know exactly when a female is fertile, he has to have sex with her continuously since he can’t tell when she is in heat. A male who sticks around can be more certain he’s the father. Female humans have evolved toward concealed ovulation too, to ensure paternal investment.

As a result, just as scissors beats paper, monogamous individuals beat harem-minders, be they men or women.

And, much like rock beats scissors, in some cultures being a “sneaker” (those who are sexually free floating, regardless of their legal commitments) beats being monogamous.

Institutionally monogamous cultures, where high numbers of adults admit to cheating on their partners, for example, can be assumed to be cultures in which being a “sneaker” is a successful strategy – otherwise, many people wouldn’t do it, or at least wouldn’t admit to it. Across cultures, estimates for how many people cheat on their partners over a lifetime range from around 14% to 75% (all of these numbers are self-reported, and you can understand why people might not be completely honest).

The world of dating introduces an even more complicated picture, partly because the motives that underlie dating behaviour can be multiplicitous.

For dating apps specifically, as singles scamper off in the direction of a love adventure, one study showed that when using online dating, rejecting the first 37% of matches to then pick the next best option had a higher success rate. But this is too general a rule. Within countries or cultures, it is common for people to self-select into groups that follow certain strategies. Wedge Martin, the former architect behind the algorithm for Grindr, says that Grindr’s users are less likely to be monogamy-seeking, for example.

“Many Grindr relationships tend to be short lived, i.e. a truck stop bathroom – a bit less about meeting someone for a long-term relationship than, perhaps, a standard dating app,” he says. “You might consider it a 'hookup' app more than anything else.”

In some species, males can’t tell when their mates are fertile – in these cases, monogamy is generally the best strategy (Credit: Getty Images/Alamy/Javier Hirschfeld).

In other words, Grindr users play “rock” – the sneaker or free floating mating strategy – more often. This is a successful strategy, since the users tend to be a sub-culture playing the “game” within wider predominantly monogamous cultures. As we learned from the lizards, while any of the three main strategies can work, the “underdog” strategy that beats the trending one tends to do best. For Grindr users, the underdog sneaker (rock) beats the dominant pressures of cultural monogamy (scissors).

But when a dating app itself then develops its own culture and norms the advantage might go to someone playing a different strategy. This is what you see on Tinder, for example. One industry study showed that a big chunk – 42% – of Tinder users are sneakers. In this case, a Tinder app user is more successful as a harem-minder. According to the biological anthropologist Helen Fisher, you should not follow more than nine dating app profiles simultaneously. This, too, fits with the upcoming underdog theory. On Tinder, the harem-minder beats a sneaker, like paper beats rock.

So if you’re feeling overwhelmed by online dating, and dating in general, pick your app (or pub) depending on what type you are… and be true to it. If you’re a “sneaker”, go to where monogamists hang out. You’re more likely than a rival monogamist to get lucky there. (Of course, other factors play into this too: we see people who don’t follow a social norm as a risk-taker and risk-taking can be attractive to potential mates, signalling high testosterone in particular). Do the Bad Boy or Pretty Woman stereotypes ring a bell?

And remember that, although harem-minders, monogamists and sneakers may all have equal chances of success in the mating game, each type invades the trending type. If you’re a monogamist, in other words, you’re more likely to end up with a sneaker. That might be bad news if you’re afraid of getting cheated on – then again, if you’re a harem-minder you’re more likely to get “pinned down” by a mate. But knowing which arenas reward which types of “players” can, at the very least, help you choose your game, and strategy, wisely.

It’s also always worth remembering, much like in rock, paper, scissors, we can always change how we the play game too.