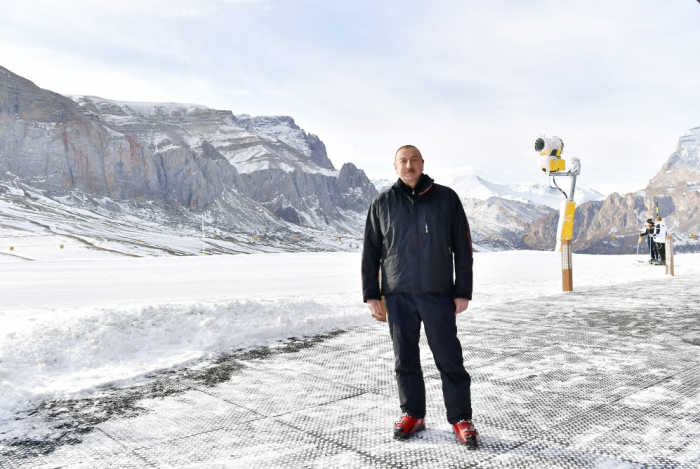 Arriving at Shahdag Tourism Center, the head of state skied down the slope.

President Ilham Aliyev viewed conditions created in front of the Shahdag 2351 restaurant, which is built at the highest point.

Landscaping work was carried out and green areas were laid out at the entrance to the “Welcome Shahdag” area. A 363-car new parking lot was constructed in the area.

“Welcome Plaza” building was also constructed for meeting the visitors and providing them with information.

A new theatre was also constructed in the Main Plaza area of Shahdag Tourism Center.

Shahdag tourism center is located in the Shahdag National Park, 32 km from the center of Gusar district. Shahdag tourism center differs from similar facilities existing in the world for its uniqueness and versatility. Preparations for the construction of the complex commenced in 2006. The bidding conducted at the time was won by the world's leading companies. In September 2009, the foundation of the complex was laid with the participation of President Ilham Aliyev. 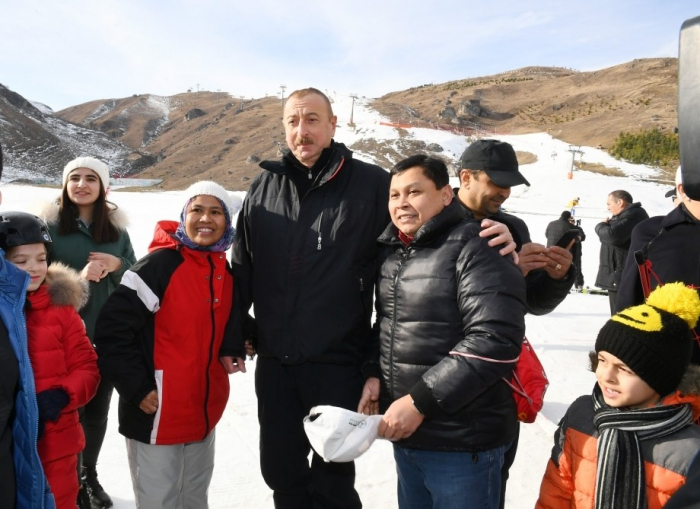 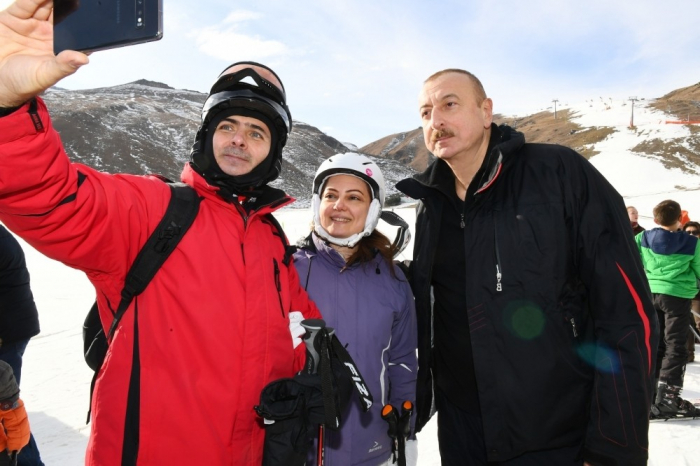 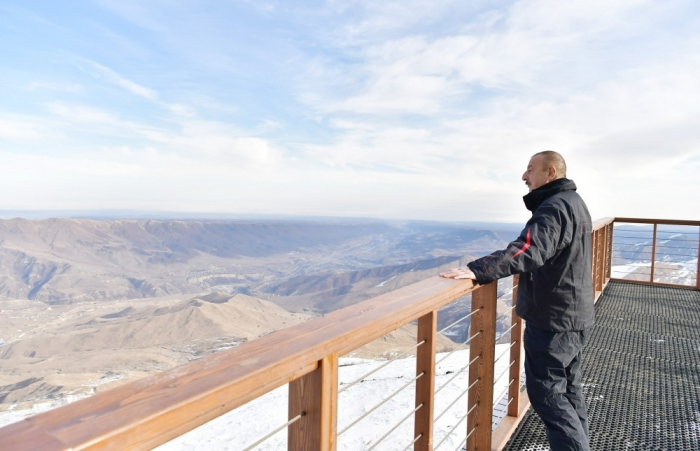 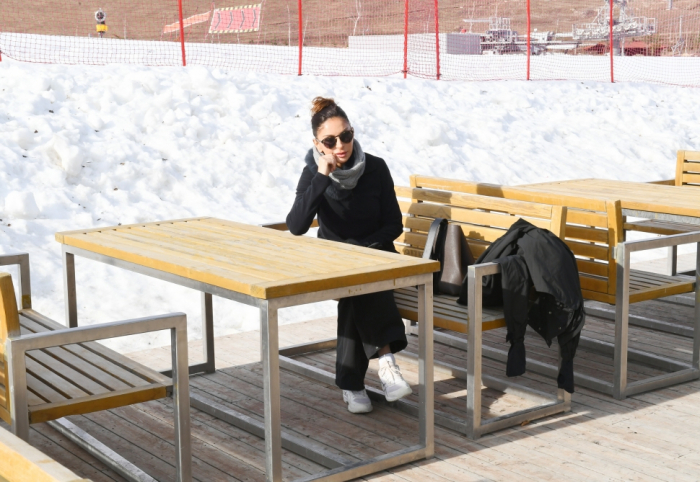 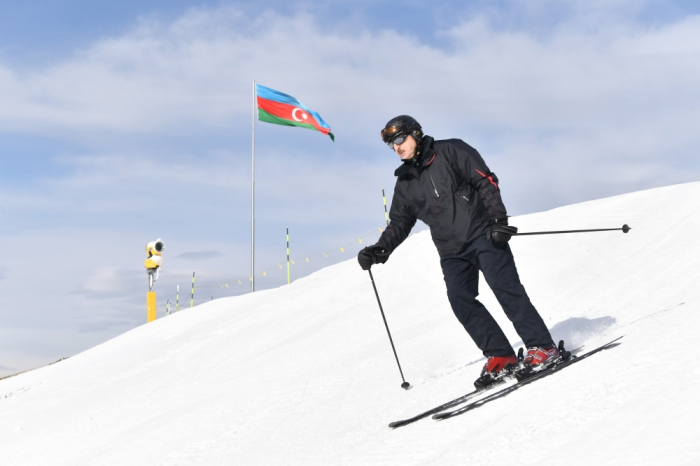 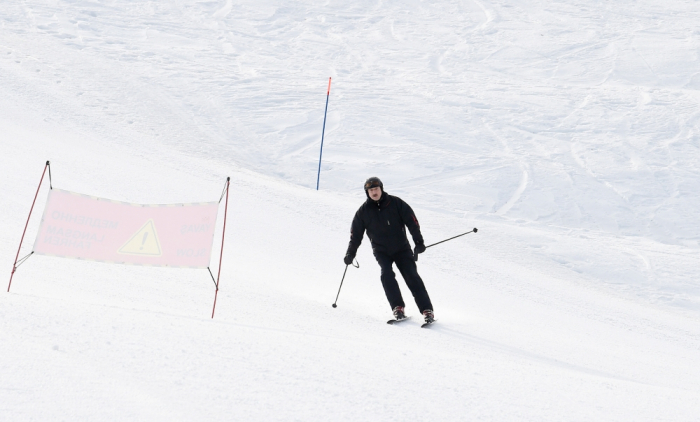 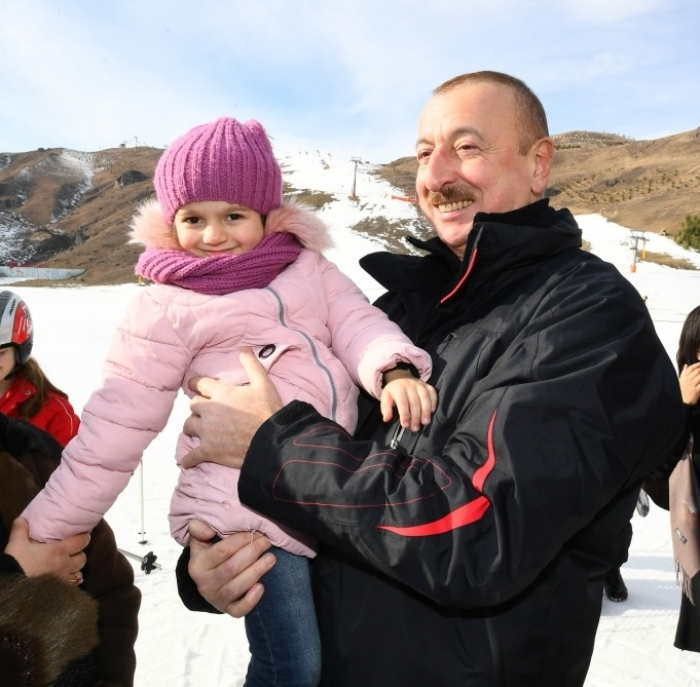 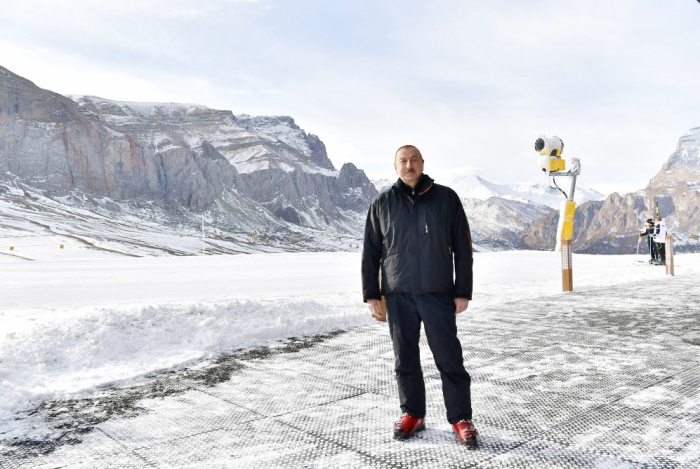 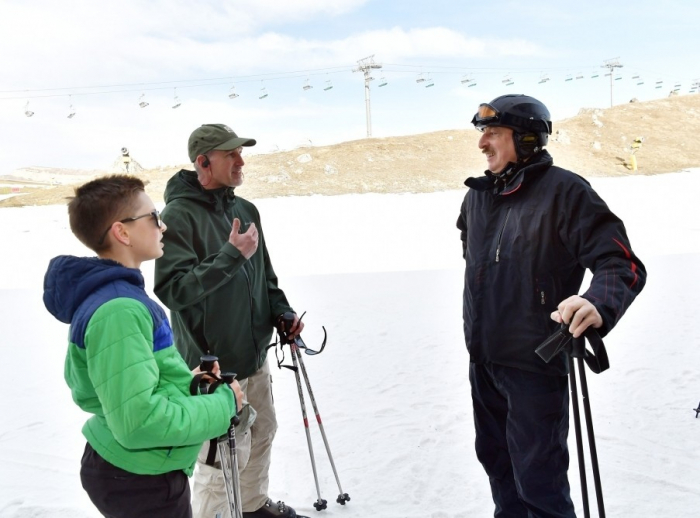 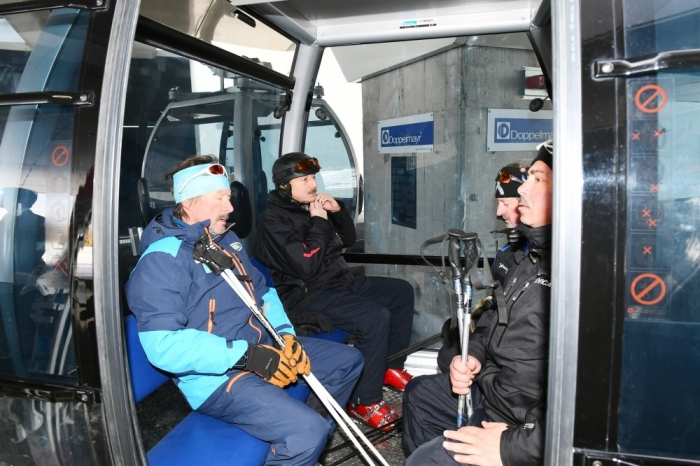 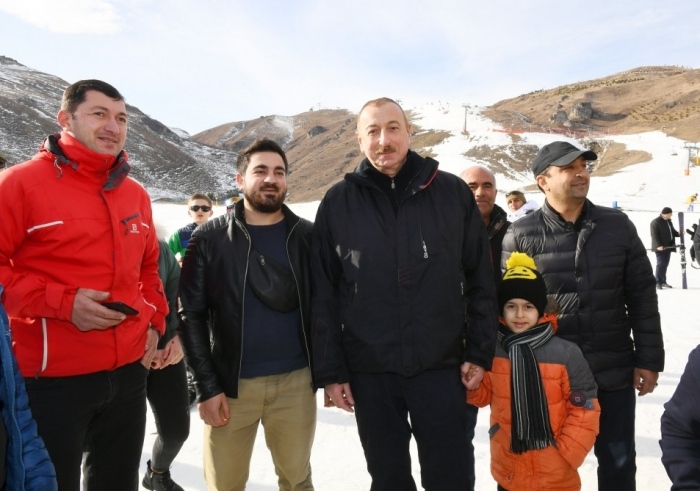 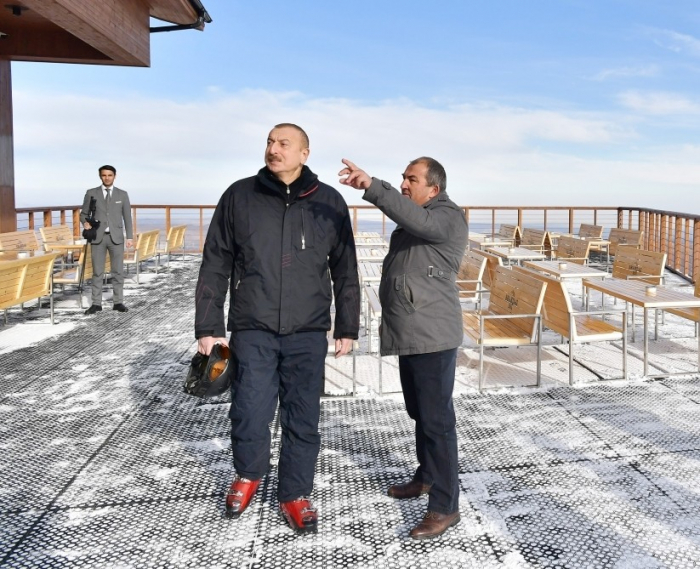 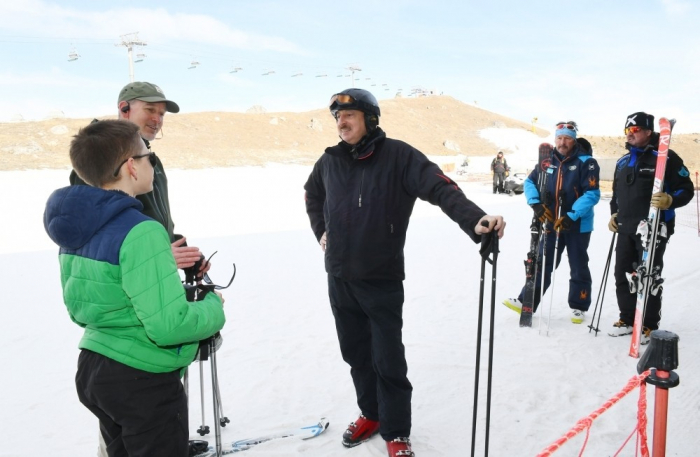 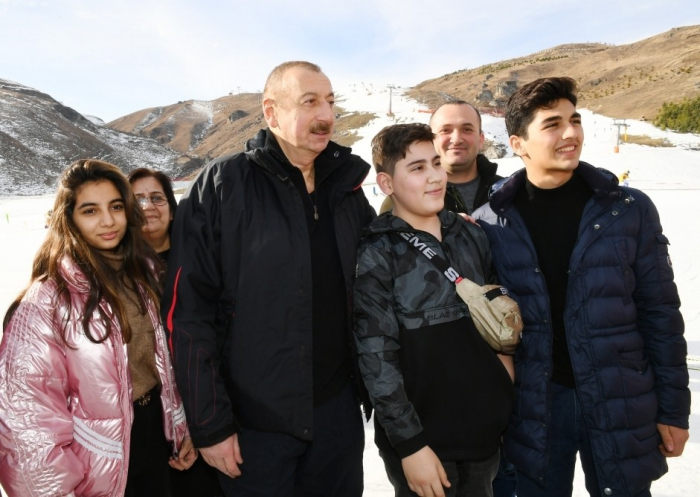 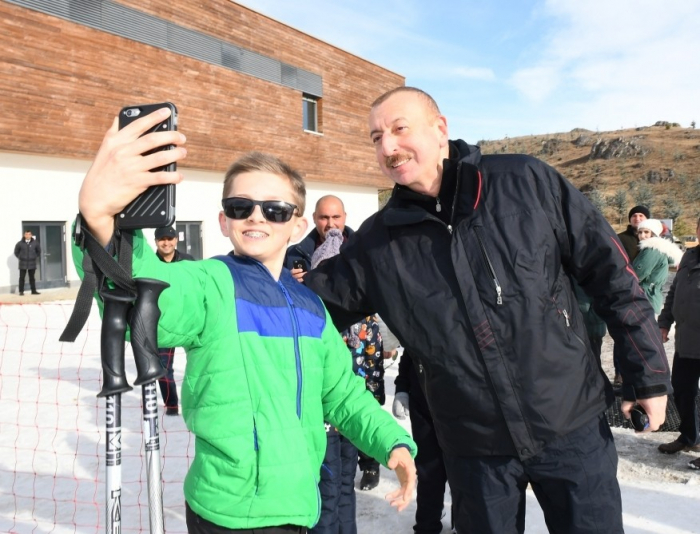 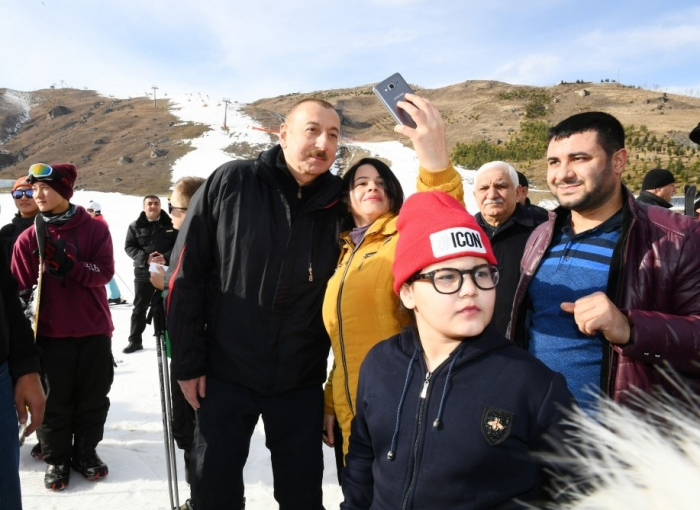 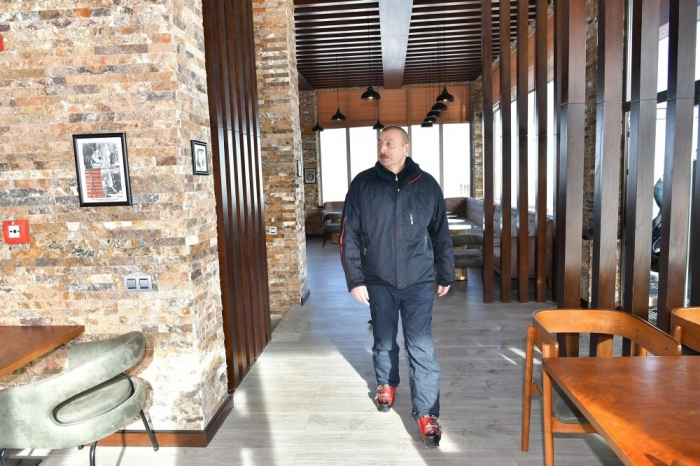