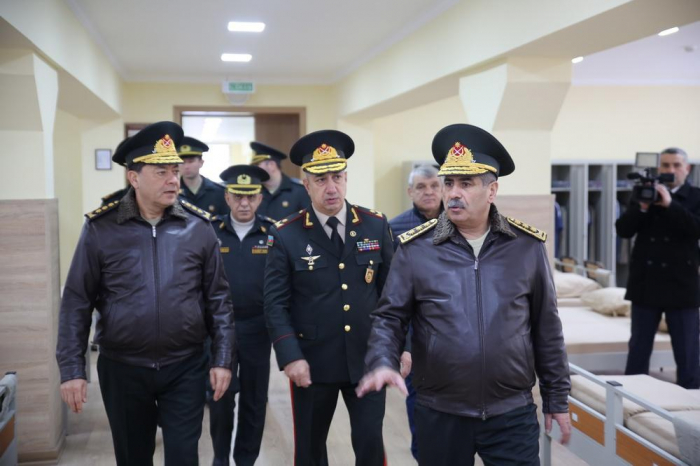 First, the leadership of the Defense Ministry laid flowers at the monument to the national leader Heydar Aliyev on the territory of the academy and honoured his memory.

Then the defence minister and the ministry leadership opened the new cadet dormitory accommodation.

The defence minister was informed that the new four-story building that meets modern requirements, has a warehouse, an armoury, an office, amenity rooms and other premises. All rooms are furnished and equipped with communication lines. Landscaping and gardening work was also carried out on the territory.