Try telling Sepp Blatter we live in a post-American world 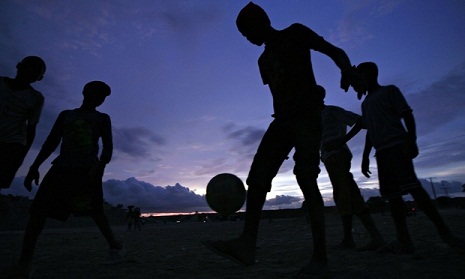 By bringing down the Fifa empire, the US has shown the strength of soft power. But outside football the world can
Natalie Nougayrède

The Fifa corruption investigation stands out not only as a momentous event for football fans and sport overall. It also comes as a thunderbolt in international relations. A shift has occurred – though there is no knowing yet how significant or durable it will be.

First, the notion of a multipolar world has taken a hit. We were supposed to be living at a time when both established and emerging powers, both state and non-state entities, clashed on the global playing field, with no one quite able to dominate. Opposing forces were supposed to balance themselves out – sometimes in healthy competition, sometimes in a dreadful stalemate. But here we have one power – the US – calling the shots. Switzerland is active in the investigation, of course, but in more of an accompanying role. Vladimir Putin has complained about US interference, but mainly because he’s worried about the prospects for the 2018 World Cup in Russia. No one has taken his cue, nor has he been able to save Sepp Blatter. It is a stark and very public reversal of the familiar narrative of America losing its clout in global affairs. All of a sudden, talk of a post-American world seems less convincing.

Russian officials say Fifa scandal will not affect 2018 World Cup preparations
Read more
Second, we have been reminded that some rules do carry weight. At a time when many international laws have been challenged or weakened, with some powers trampling over them or openly taking advantage of a void in global governance, the Fifa scandal is the result of a situation where rules are being enforced in a way that cannot be opposed. The reach of the US justice department is such that no one can ignore the criminal charges it has brought nor pretend that it can be business as usual. In a global environment, it turns out that there is no free-for-all, and acts can have serious global consequences.

Third, soft power is back. We have lived through a long decade of wars. Conflicts have by no means disappeared. Hard power has been the name of the game, and in many ways remains so, from the South China Sea to the Middle East and Ukraine. There is a new arms race, in Asia and the Middle East in particular. What the Harvard professor Joseph Nye coined as “soft power” – the ability to get your way without resorting to armed force, through influence and persuasion – had come to look like a somewhat quaint ineffective concept. That may no longer be the case. The Fifa-Blatter empire has been brought down without a shot being fired. If this says something about the future, there is cause to rejoice – and worry.

The rejoicing is obvious. There may not be much consensus in the world today, but fighting corruption is something everyone agrees on. Remember, there have been countless G20 summit pledges to target offshore tax evasion. The African, Latin American and Asian football organisations who backed the re-election of Blatter kept rather quiet when he resigned. Football deserves better, everyone will agree on that too. It is almost like a global public good. Like oceans, climate, international skies and trade routes, it needs rules and mechanisms to enforce them, otherwise everyone stands to lose.

Equally, if soft power is back, who could possibly complain? Those who do not have much hard power might see an opportunity. Europe lacks a joint army but does have influence – and it is right that Europe is increasingly using that influence: sanctioning Russia over its armed aggression against Ukraine, putting pressure on dictatorships, and waging anti-trust campaigns against big players such as Microsoft, Gazprom or Google. And China worries many with its sabre-rattling in Asia, but it could also be applauded for its Silk Road strategy of developing infrastructure along land and maritime trade routes all the way to Europe.

It will be harder to cast this American extraterritorial legalistic power as a solution to global woes
Surely that kind of power is better than deploying gunships. The global south has long felt that it doesn’t get a fair say in many international affairs – might soft power be the answer? Brazil’s reaction to the Fifa scandal must be noted: its federal police have just asked the country’s prosecutor to indict the former head of the Brazilian football Confederation. That sends a global message – it is soft power.

But there are reasons to worry. American power in the Fifa case has been applied through the extraterritorial dimension of US legislation. There is far from a consensus about this globally. Some might argue, with good reason, that the coercion exerted by US prosecutors doesn’t quite fit with soft power, which is more about the capacity to attract. Already in the 1990s, when American power was at its zenith, there were strong European grudges against US sanctions legislation (against Iran and Libya) that Europeans had to abide by although they weren’t part of the decision-making.

Politics and sport have always mingled. The Fifa investigation, it must be hoped, will put an end to a dirty business that too many governments, for too long, have closed their eyes to – or have profited from. African and Asian officials may one day have some explaining to do - and not just the Qataris and Russians.

But it will be harder to cast this American extraterritorial legalistic power as a solution to global woes, simply because it runs counter to multilateralism. It sets rules, but unilaterally. It brings progress in the Fifa case, but will be hard to duplicate beyond football.