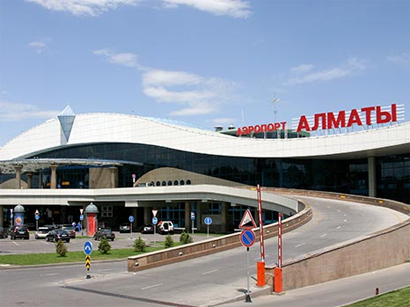 Restoration work began at the Kazakhstan’s Almaty International Airport, near which Bek Air's passenger plane crashed, AzVision.az reports with reference to the airport.

On the morning of Dec.27, 2019, the Fokker-100 plane of Bek Air airline implementing flight on the route Almaty – Nur-Sultan lost its height during takeoff and broke through a concrete fence, colliding with a two-story building.

According to the information, the crashed plane twice hooked its tail on the airport’s runway before the takeoff. Following this, the plane tilted to the right, but the landing gear was already removed.

The work on the restoration of a damaged light-signal system at the airport’s runway was launched at Almaty International Airport, the report said.

According to the latest data, 12 people died in the crash, 66 were injured out of whom 50 were hospitalized. A total of 98 people were on the plane, including nine children and five crew members.

As a result of the crash, Bek Air company’s operations were suspended, as well as the use of Fokker-100 type aircraft in Kazakhstan, which implemented the flight.