20 for 2020: the unmissable sporting events over the next 12 months 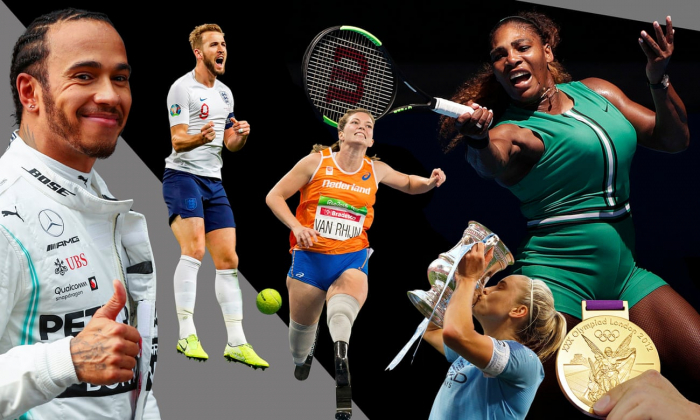 The Tokyo Olympics is the main event but with England in the Euros and Tiger Roll attempting an unprecedented third straight Grand National fans are spoilt for choice in 2020.

Six Nations, 1 February – 14 March
An ever-fascinating tournament takes on an extra edge given it represents a post-World Cup reboot for the teams involved. Will England bear any scars from their defeat to South Africa in Yokohama? Will Wales – holders and grand-slam winners in 2019 – hit the ground running without Warren Gatland at the helm? Ireland likewise without Joe Schmidt? It all gets going in a matter of weeks, with England’s trip to Paris the standout match of the opening round.

Women’s Twenty20 World Cup, 21 February – 8 March, Australia
The seventh edition of this biennial competition is the first to occur as a standalone event and it takes place in Australia – home of the holders. Ten teams are involved, split into two groups, with England’s campaign starting against South Africa at the Waca on 23 February. Having been thrashed by Australia in the final two years ago, Heather Knight’s side will be out to turn the tables.

Deontay Wilder vs Tyson Fury II, 22 February, Las Vegas
The confirmation came in over Christmas that we are set for a mouthwatering rematch between two of the biggest personalities in boxing. Wilder and Fury’s first fight, in Los Angeles a year ago, was an epic encounter that ended in a somewhat unsatisfying draw – the return in Las Vegas promises much and this time there may even be a result, with Fury sure he can take Wilder’s WBC crown inside the distance.

Formula One world championship, 15 March – 29 November
Lewis Hamilton will have his sights set on joining Michael Schumacher as the only driver to have won seven Formula One drivers’ titles and it is hard to see who can stop the 34-year-old achieving his ambition in what could be his final season at Mercedes. Someone who could threaten Hamilton is Charles Leclerc, the 22-year-old Monégasque who impressed in his first season with Ferrari and looks a star of the future.

The Grand National, 4 April, Aintree
It remains racing’s big ‘if’, and may still hang in the balance until after the Cheltenham Festival in March, but if Tiger Roll turns up at Aintree to attempt a third consecutive win in the Grand National it will be a moment to match anything in the 180-year history of the world’s most famous race. He may not have a story to match Red Rum but Tiger Roll’s famous unflappability amid the Aintree melee makes him a hero in turbulent times.

London Marathon, 26 April
Mo Farah will not be involved having decided to return to the track in order to win a third straight 10,000m Olympic gold medal in Tokyo but other big names are expected to take part, among them the 2019 champions from Kenya – Eliud Kipchoge and Brigid Kosgei, the latter becoming the youngest female London winner with a time of 2hr 18min 20sec.

Women’s FA Cup final, 9 May, Wembley
Manchester City will be aiming to win the trophy for a second season in a row having beaten West Ham 3-0 in this year’s final. The most likely team to stop them are Arsenal – Super League champions and current league leaders who may just have their sights set on doing the double. Joe Montemurro certainly has the players to achieve that ambition, no one more so than irrepressible Dutch striker Vivianne Miedema. All Super League sides enter the competition in the fourth round, which takes place on 26 January.

Champions Cup final, 23 May, Marseille
The 67-000 seater Stade Vélodrome hosts European rugby’s showpiece match for a first time. Saracens appear unlikely to be there to retain the trophy they secured with a 20-10 triumph over Leinster in Newcastle seven months ago, while Racing 92, Toulouse and Clermont are all vying to take advantage of the final being held on French soil. As is the norm, the Challenge Cup final will take place at the same venue 24 hours earlier.

Champions League final, 30 May, Istanbul
For the first time in 15 years the Ataturk Stadium will host European football’s biggest game and who would bet against Liverpool returning to the scene of their most incredible triumph? Jürgen Klopp’s side have been in the past two Champions League finals, winning the most recent, and look primed for another long run in the competition. Saying that, Atlético Madrid, who they have been drawn against in the last 16, will prove a stern test, while the threats of Bayern Munich, Barcelona, Real Madrid and Manchester City cannot be dismissed either.

England v West Indies Test series, 4 June – 29 June
England’s first action of the summer has the Test team taking on West Indies in three matches that form part of the World Test Championship. The Oval, Edgbaston and Lord’s stage the encounters as Joe Root’s men face West Indies in a Test series on these shores for the first time since 2017. They won 2-1 on that occasion and will be looking to complete a clean sweep this time. Pakistan also arrive in England for a three-match Test series in July.

Euro 2020, 12 June – 12 July
This will, quite literally, be a European Championship like no other – 24 teams competing across a host of cities, including Rome, Baku, Amsterdam, Dublin and Bilbao with the semi-finals and final taking place at Wembley. England will hope to go all the way and should at least get out of their group given they have been drawn alongside Croatia, Czech Republic and a yet-to-be confirmed play-off winner.

Wimbledon, 29 June – 12 July
Will Andy Murray return to singles action? That is the hope and aim but, it is clear from his decision to pull out of the Australian Open, that the two-times champion remains troubled by injury and so this could be another year in which he is unable to take on Rafael Nadal and the men who competed in this year’s truly epic final – Roger Federer and eventual winner, Novak Djokovic. In the women’s draw, Simona Halep will defend the title she won so emphatically against Serena Williams.

Tour de France, 27 June – 19 July
For only the second time in Tour history, Nice will host the Grand Départ. From there it is on to Sisteron with the action, as ever, concluding in Paris. Colombia’s Egan Bernal will hope to win the general classification for a second successive year and he is likely to be supported in that pursuit by Team Ineos teammate, and 2018 champion, Geraint Thomas, something the Welshman has publicly expressed displeasure about.

The Open, 16–19 July, Royal St George’s, Kent
Royal St George’s hosts The Open for a 15th occasion and for the first time since 2011, when Darren Clarke surprisingly lifted the Claret Jug. Shane Lowry will be aiming to retain the title he won at Royal Portrush and is sure to face challenges from the likes of Brooks Koepka, Rory McIlroy, Jon Rahm and, perhaps, Tiger Woods.

The Hundred, 17 July – 15 August
It’s here, the tournament that has cricket traditionalists scratching their heads in bafflement and banging the nearest table in fury. What’s for sure is that a fair few eyes will be on the eight franchises created in order to bring a new, family-centric audience to the sport, and with the likes of Steve Smith, Jofra Archer, Heather Knight and Nat Sciver representing the likes of Welsh Fire, Southern Brave, London Spirit and Trent Rockets, there should at least be a few moments to savour.

Tokyo Olympics, 24 July – 9 August, Japan
The standout event of the year and the second time Tokyo will host the summer Games, having first done so in 1964. Medals will be up for grabs in 33 different sports, which includes five new sports – baseball/softball, karate, skateboarding, sports climbing and surfing. For Great Britain the hope will be that Dina Asher-Smith and Katarina Johnson-Thompson can replicate the gold medal success they enjoyed at the recent world championships.

Tokyo Paralympics, 25 August – 6 September, Japan
The 16th summer paralympic games will see 537 events contested from 22 different sports, with badminton and taekwondo new additions to the programme. Great Britain are targeting gold in a number of events, including wheelchair rugby and shooting.

Ryder Cup, 25–27 September, Wisconsin
Whistling Straits hosts the 43rd edition of golf’s greatest team battle. Europe will arrive in Wisconsin having won four of the last five tournaments and confident that, under captain Padraig Harrington, they can triumph again. But the USA, led by Steve Stricker, will contain a host of the world’s leading names and undoubtedly provide a stern test for the men in blue shirts.

Men’s Twenty20 World Cup, 18 October – 15 November, Australia
Australia also hosts the men’s version of the T20 World Cup and for England it represents a chance to win a second limited-overs trophy in successive years. Eoin Morgan’s men are scheduled to face South Africa in Sydney and India in Melbourne during the Super 12s and could at some point also face the holders West Indies, who beat them in the 2016 final, a match that will forever be remembered for Ben Stokes’ battle with Carlos Brathwaite.

Rugby League Ashes, 31 October – 14 November
Rugby league’s equivalent of the Ashes returns for the first time since 2003, with a mixture of venues both traditional and new. The three-match series kicks off with Tests in Bolton and Leeds before a finale at the Tottenham Hotspur Stadium in London, with the hosts looking to regain the trophy from Australia for the first time in 50 years.