President Aliyev: Our consistent and thought-out policy will lead to resolution of Nagorno-Karabakh conflict 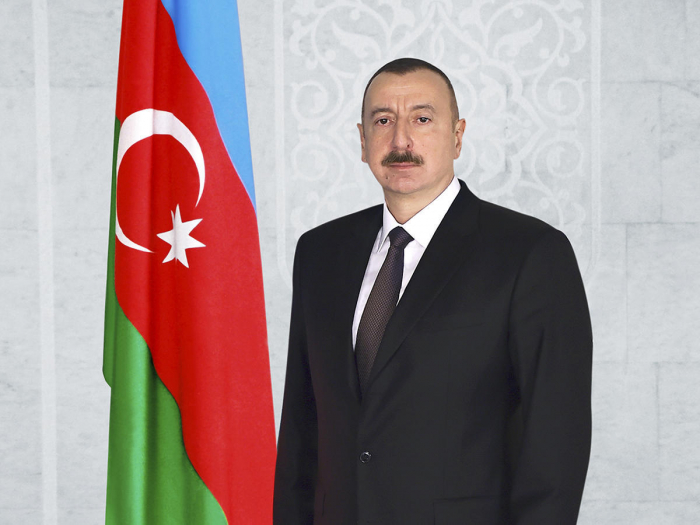 "Our position on the Armenia-Azerbaijan Nagorno-Karabakh conflict remains unchanged. Our position of principle is that this conflict must be resolved within the territorial integrity of our country. Nagorno-Karabakh is ancient Azerbaijani land, an integral part of Azerbaijan from an international legal perspective. All leading international organizations have made decisions and resolutions on the conflict and expressed their position," said President Ilham Aliyev in his message of congratulation to the people of Azerbaijan on the occasion of the Day of Solidarity of World Azerbaijanis and the New Year.

"The UN Security Council has adopted four resolutions which explicitly state that the occupying forces must immediately and unconditionally withdraw from the occupied territories. The Non-Aligned Movement, the Organization of Islamic Cooperation, the OSCE, the European Parliament, the Parliamentary Assembly of the Council of Europe, the Organization of Islamic Cooperation and other organizations have adopted similar decisions and resolutions. The Partnership Priorities document signed between the EU and Azerbaijan expresses great support for Azerbaijan's territorial integrity, sovereignty and inviolability of its borders. Thus, from the point of view of history and international law, Nagorno-Karabakh is an integral part of Azerbaijan," the head of state said.

"I am convinced that our consistent and thought-out policy will lead to the resolution of the conflict. Our economic strength, our military strength, our political strength and our demographic growth – all these factors are strengthening our position. I am sure that the day will come when Azerbaijan will restore its territorial integrity. To achieve this, we need to be even stronger, and great steps have been taken this year," the head of state added.