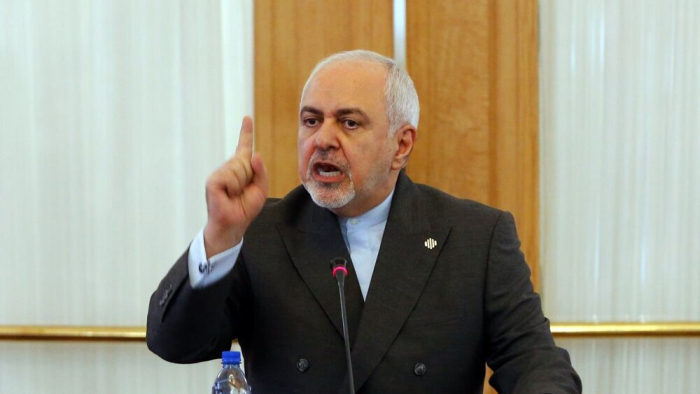 “Whether kicking or screaming, end of US malign presence in West Asia has begun,” Zarif said in a tweet.

The new threats by Trump came after the United States assassinated Qassemi Soleimani, the commander of the IRGC Quds Force, near Baghdad Airport on Friday morning.

In another tweet, Zarif added, “Those masquerading as diplomats and those who shamelessly sat to identify Iranian cultural & civilian targets should not even bother to open a law dictionary.”

Trump’s threats came after Iranian authorities said they would take a hard revenge for assassination of Lieutenant General Qassem Soleimani in the U.S. airstrikes in the Iraqi capital Baghdad on Friday morning.

Zarif also reminded Trump and his lieutenants that during the course of history “barbarians” have ravaged Iranian cities, monuments and libraries but Iran is still “standing tall”.

“A reminder to those hallucinating about emulating ISIS war crimes by targeting our cultural heritage: Through MILLENNIA of history, barbarians have come and ravaged our cities, razed our monuments and burnt our libraries. Where are they now?” Zarif wrote.

Also writing on his Twitter account on Saturday, the Iranian chief diplomat compared U.S. Secretary of State to “an arrogant clown masquerading as a diplomat”.

Immediately after the assassination of General Soleimani, Pompeo wrote a tweet claiming that Iraqis were dancing that Soleimani has been assassinated.

“An arrogant clown— masquerading as a diplomat— claimed people were dancing in the cities of Iraq. Today, hundreds of thousands of our proud Iraqi brothers and sisters offered him their response across their soil.”

Zarif posted photos of Iraqis participating massively in the funeral procession of General Soleimani in Baghdad, Najaf and Karbala on his Twitter account as evidence.