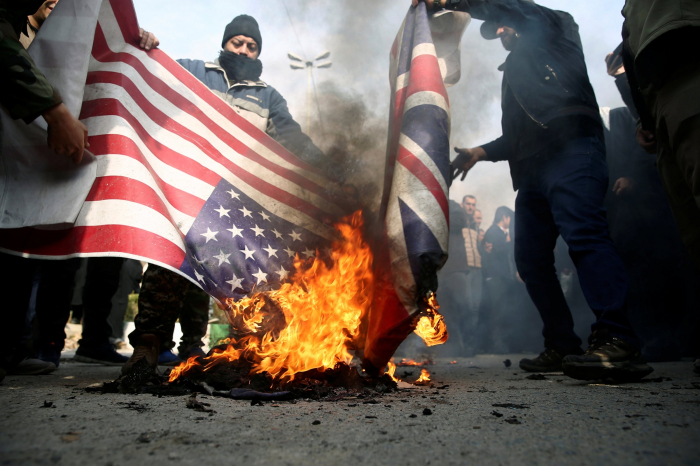 Iraq‘s parliament has voted to oust US and other foreign troops fighting Isis, delivering a blow to efforts to fight the jihadi group following Washington’s decision to assassinate Qassem Soleimani in an airstrike.

In neighbouring Iran, hundreds of thousands took to the streets of the country’s cities and towns to mourn Soleimani, demanding retaliation for the killing of the general by Donald Trump‘s administration.

Iraq’s parliament convened and quickly passed the preliminary vote not only for the removal of foreign troops but also to submit a complaint to the United Nations against the US for violating the country’s sovereignty, marking a nadir in relations between Washington and Baghdad – where the airstrike took place in the early hours of Friday.

“Despite the domestic and international challenges that we may face, this choice remains the best for Iraq,” Iraq’s caretaker prime minister, Adel Abdul Mahdi, told lawmakers.

“Iraq lived without foreign forces in the period between 2011 and 2014 and its relationship with the US and any other party did not deteriorate.”

US forces in Iraq issued a statement saying they had “paused” anti-Isis efforts over the tensions with Iranian-backed forces a day after Nato nations declared they were pulling all troops out of the country.

A pullout of US and other international troops currently training and providing support to Iraqi forces could jeopardise efforts against Isis remnants attempting to stage a comeback. The group took over a third of the country during the three-year period when US troops were absent, sacking the number two city of Mosul after Iraqi forces crumbled.

The UK government urged Iraq to allow soldiers to remain in the country to continue the fight against Isis to stop any resurgence by the terror group.

Some 400 UK troops are stationed in Iraq to counter the threat from Isis, while the US has 5,200, prompting fears that a withdrawal could seriously harm the battle against the extremist group.

The Ministry of Defence was believed to be waiting for the decision of the Iraqi government before taking action over the soldiers, based there as part of a US-led coalition.

"We urge the Iraqi government to ensure the coalition is able to continue our vital work countering this shared threat," a MoD spokesperson said.

​The killings, ordered by Mr Trump in response to attacks on US sites in Iraq by Iranian-backed militias, have roiled the already volatile Middle East and upped preparations for a long-dreaded war as diplomats frantically sought to defuse the crisis.

The bodies of Soleimani and Iraqi militia leader Abu Mahdi al-Mohandes were transported to the Iranian eastern shrine city of Mashhad on Sunday for burial.