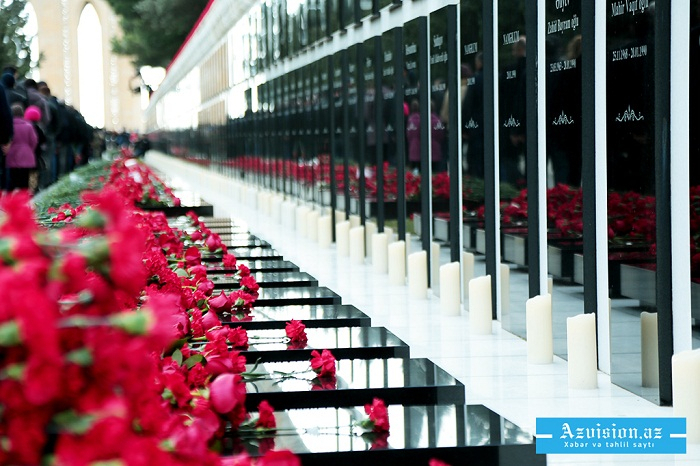 Head of the Azerbaijani Presidential Administration Samir Nuriyev has issued an Order approving the plan of events on the occasion of the 30th anniversary of January 20 tragedy.

Under the plan, meetings, conferences, lectures will be organized, plays will be staged, films and documentaries will be screened to commemorate the bloody events of Black January when in 1990 the Soviet army entered capital Baku, killing and wounding hundreds of innocent and defenseless people. Azerbaijan`s embassies, missions and diaspora organizations in foreign countries will organize commemorative events and increase the international community`s awareness of January 20 tragedy through the mass media, including television, radio and the Internet.

According to the plan, commemorative events will also be held by higher educational institutions and secondary schools across the country. Humanitarian aid will be rendered to the families of the 20 January victims, redevelopment woks will be carried out around the Alley of Martyrs, and the country’s major religious confessions will hold special religious ceremonies dedicated to the victims.

A nationwide minute of silence for victims of the Bloody January will be observed at 12.00 on January 20 and the national flag will be lowered across the country, according to the plan of events.