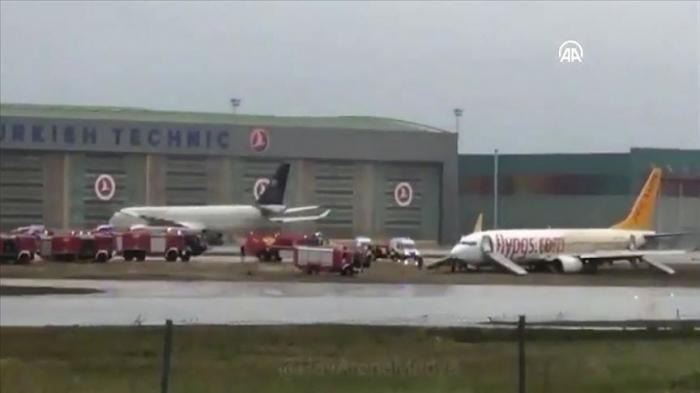 The Pegasus Airline plane coming from the UAE’s Sharjah International Airport suffered the incident at 09.43 a.m. local time (0643GMT) due to bad weather conditions, according to the Istanbul Governor’s Office.

All 164 passengers on the plane were evacuated safely and there were no injuries, it added.

Bilal Eksi, Turkish Airlines' CEO, said on Twitter that Turkey’s national flag carrier had to suspend flights in and out of the Sabiha Gokcen Airport until 03.00 p.m. local time (1200GMT) due to the runaway closure.

Meanwhile, Turkish Airlines redirected its Sabiha Gokcen-bound five flights to Istanbul Airport and one to Ankara.