20 killed, over dozen wounded in bus accident in northern Iran 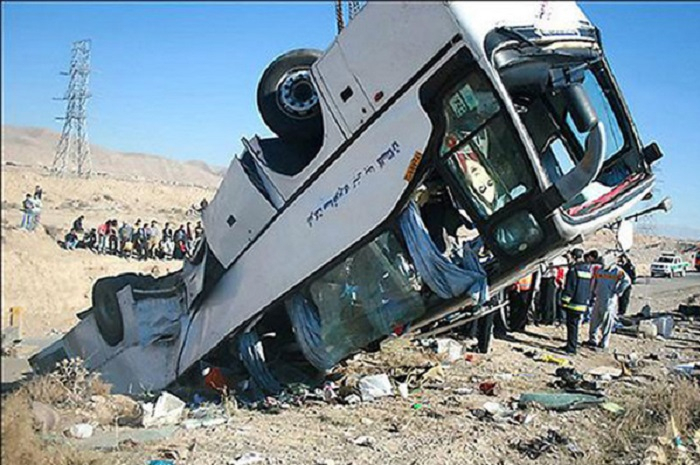 A bus has overturned in a road in Iran’s northern Mazandaran Province, leaving at least 20 people dead and some 24 others wounded, Iranian media reported.

The accident took place in the Doab region of SavadKouh early on Thursday as the bus was heading from the capital Tehran to Gonbad-e Kavus in northern Golestan Province.

The injured were transferred to nearby hospitals.

Initial police investigations show a technical glitch had been the cause of the accident, according to the Fars news agency.

No further details were immediately available.