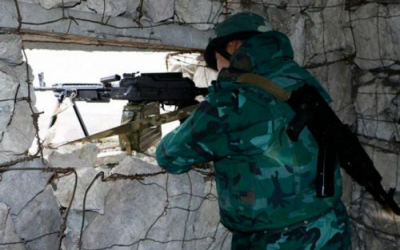 Armenian provocations against the combat positions of the Gazakh separate border division of the Border Troops of the State Border Service of Azerbaijan (SBS), which guards the state border in the Gazakh and Agstafa districts, is continuing, said SBS, Azvision.az reports citing Trend.

In recent days, border guard posts and military vehicles of the SBS, which are moving in the rear direction, have been repeatedly subjected to intense shelling from large-caliber guns and sniper rifles by units of the Armenian Armed Forces at different times of the day.

In all cases, the provocations were stopped, the firing positions of the Armenian Armed Forces, from where the SBS border posts were shelled, were suppressed by return fire.