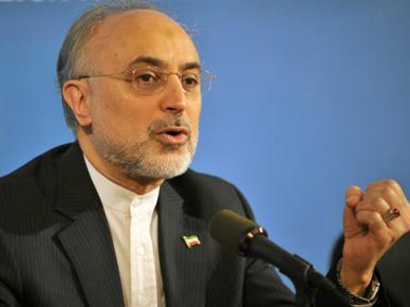 Iranian Foreign Minister Ali Akbar Salehi and UN-Arab League Special Representative for Syria Lakhdar Brahimi have stressed the need for a political solution to the crisis in Syria.
In a telephone conversation on Wednesday, the officials called on all sides to throw their weight behind a negotiated solution to the prolonged unrest in the Arab country.

Salehi praised Brahimi for his efforts to end the crisis in Syria and invited the UN envoy to visit Tehran for further talks on the issue.

For his part, Brahimi also hailed the Islamic Republic for its sustained efforts to help find a solution to violence in Syria and Tehran`s active participation in different conferences held on Syria.

Brahimi thanked Salehi for his invitation and expressed willingness to visit Iran.
Syria has been plagued by deadly unrest since March 2011.

According to the United Nations, more than 100,000 people have been killed and millions of others displaced in the violence.

Reports indicate that Western powers and their regional allies -- especially Qatar, Saudi Arabia, and Turkey -- are supporting the militants fighting against the Syrian government.

Many of the militants operating inside Syria are reportedly foreign nationals.

Iran has repeatedly voiced its opposition to any foreign interference in Syria`s internal affairs, calling for inclusive dialog and national reconciliation as well as free elections as the keys to the settlement of the crisis in the country.