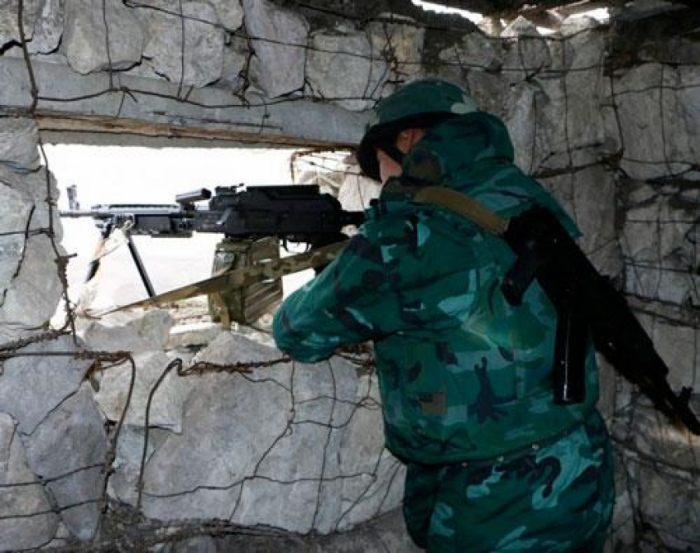 The Armenian armed forces deployed near Berkaber village of Armenia’s Ijevan region fired on the Azerbaijani border guard points in the direction of the Mazam village of the Gazakh district and the highway connecting the village with the district center by using large-caliber guns and sniper rifles at 16:00 (GMT+4) on January 15.