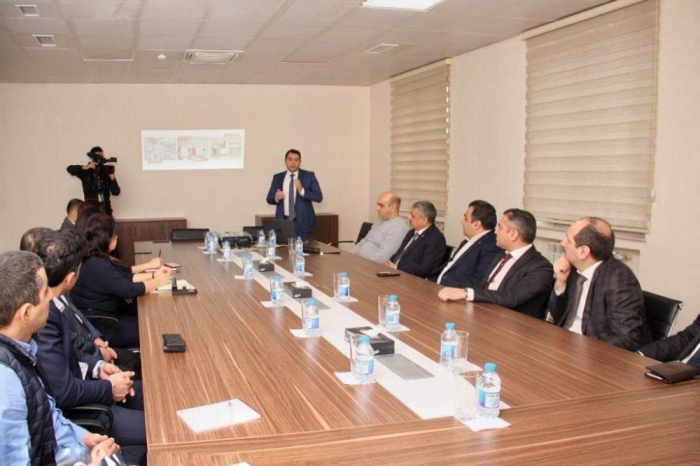 Within the framework of the business tour held on 16-17 January, members of the Caspian European Club visited the Azerbaijan Food Safety Institute (AFSI).

The companies were provided detailed information about the work of the Azerbaijan Food Safety Institute (AFSI). In the course of the business tour the companies also became familiar with the work of the Centralized Samples Reception Sector, National Reference Laboratory and Central Veterinary Laboratory.

The business tour participants were informed about the activity and further plans of AFSI in an interactive format. The management team of AFSI held an informal meeting with the members of the Caspian European Club and answered the questions which were of interest to the business tour participants. The parties held discussions about possibilities of cooperation and reached preliminary agreements on cooperation, First Deputy Chairman and CEO of the Caspian European Club Telman Aliyev said.

Telman Aliyev noted that the Caspian European Club has been traditionally holding such business tours for entrepreneurs so that to get them closely familiarized with potential of large public and private enterprises of the country and the region, and with the possibilities of forming a partnership. Arranged in the course of the year were over 10 business tours, including a tour to Jabrayil district’s Jojug Marjanli village freed from the Armenian occupants, to High-Tech Park of the ANAS, Nakhchivan Autonomous Republic, Heydar Aliyev International Airport in Baku, Baku International Sea Trade Port, ‘Ulduz’ chocolate factory, factory of Gazelli Group cosmetics company, factory of Debet Safety company, Innovations Center of the State Agency for Public Service and Social Innovations under the President of the Republic of Azerbaijan, etc.