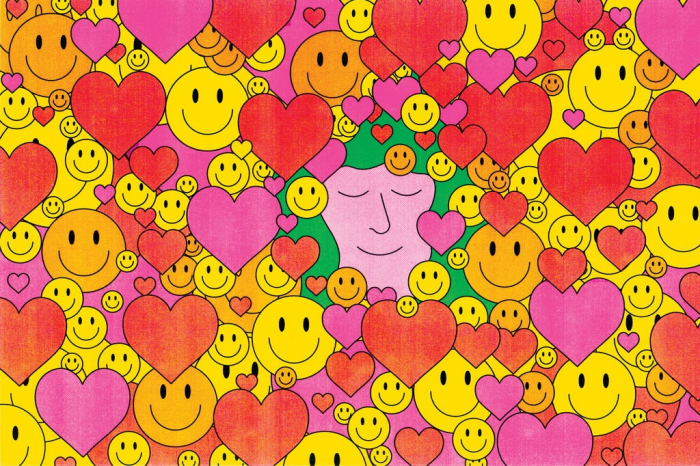 A friend of mine digitally disappeared recently. Dropped all social media. Several others mentioned they might do the same. No doubt you’ve seen similar posts from people you know (and people you don’t) about needing a break from their digital lives.

On one hand, I can sympathize. The current state of the modern world is a billion voices screaming for your attention, and it’s easy to let the most negative ones filter through and bring you down. It can be exhausting, and if your real life is already a struggle, adding digital gloom can be overwhelming.

It doesn’t have to be that way. Through conscious and careful effort I’ve forced the three major social media platforms to become positive aspects of my life, or at worst, neutral. While some of that is a boast about how awesome my friends are, it’s really about knowing how to make these services work for you in a beneficial way, not drag you down with their endless streams of detrimental detritus. Sure, using apps and browser plug-ins, and even just turning off notifications, can help, but the steps here are all within each platform’s own apps and are meant to help a lot.

Facebook is a behemoth. With over 1.5 billion daily active users, it’s a safe bet that you have an account, or at least you did at some point. What started as an innocuous way to share photos with friends has become something else entirely.

And because Facebook has become such an integral part of modern existence, its quirks become part of the social mores. Jokes about “unfriending” someone, and the political and social ramifications that go with that, are everywhere. Blocking people is nearly as severe, preventing others from seeing or commenting on your posts. In some situations, those paths can be useful. The easiest way to make Facebook livable, though, is far stealthier: Unfollow.

For example, take Jonathan Burbridge, 43 years old. He recently came close to dropping Facebook entirely. His reason was, in my opinion, perfectly logical: “Facebook insists on showing me every argument one of my friends has with their racist relatives that I’ve never met.” While Facebook has updated its algorithm a lot recently, it still thinks you’d be interested in what your friends are talking about. If your friends get in arguments all the time with strangers, you’re going to see that.

His solution, besides the nuclear option of dropping FB altogether, was to unfollow everyone. If you unfollow someone, you don’t see their posts or their conversations. You’re still friends and they can still see your posts, but you won’t see theirs or their comments on stranger’s feeds. Your own news feed is also … rather empty. However, you can choose to click to see what your friends have posted. You’ll also still see posts for any groups you’re in, presuming you still follow them. Jonathan re-followed a select few people, ones he knows who do not argue online.

You certainly don’t have to be as severe as Jonathan, but a healthy unfollowing regimen can work wonders. Have a friend who only posts negative things? Or one who only writes rude comments? Go to their page, and click unfollow. Your feed will become that much quieter and that much more pleasant.

I love Instagram. My Instagram feed consists of 60 percent dog photos, 30 percent travel photos and 10 percent photos posted by friends. It is always, and entirely, a positive part of my digital life. I follow one account that is, I kid you not, just close-ups of dog noses. How can you not smile when something like that shows up in your feed?

Instagram is significantly easier to make pleasant compared to Facebook and Twitter: Just don’t follow accounts or hashtags you don’t like. If someone only posts pictures of their amazing travels (and of that, I am very guilty), and that brings you down … don’t follow them. You can also limit who sees your posts to cut down on people commenting, and even mute other people’s Feeds and Stories if you want, similar to unfollowing a profile on Facebook.

The exception to this simplicity is the Search tab, which shows seemingly random photos from random accounts. I’ve heard people complain that Instagram only highlights influencers and bad beauty tips on the Search page. You know what mine shows? Sixty percent dog photos, 30 percent travel photos and 10 percent of other photos. The search page is absolutely not random. Instagram knows what you look at. Not just what you search for but what you tap on. Keep tapping on something and Instagram will assume that’s what you want to see. Here’s how specific it is: Insta doesn’t just show me “dogs,” it shows me mostly corgis and shiba inus, which are my two favorite types of dogs. And you know what, that’s exactly what I keep tapping on so of course it continues to show me that.

So, quite simply, if Instagram is showing you things you don’t like, don’t click on it. Click on something else. It won’t take long to adjust and show you that. If you want to get rid of what you don’t like faster, you can even have the app show it less. Or just skip the Search page altogether and only look at the accounts you follow, assuming you’ve culled that list down to just the ones that spark joy.

But on the other hand, there are a lot of funny accounts. There’s one account that just posts random, delightfully wholesome things and it’s just adorable. So it is possible to make positive, it just takes more effort than the other two platforms.

To start, the unfollow rule from Facebook and Insta applies here as well. Muting and blocking accounts is a good place to start. This gets rid of the most terribly toxic tweeters. Semi-usefully you can also mute words. This is time consuming, but it lets you slightly filter whatever regularly brings you down. This is a one-at-a-time manual process, but it’s something. Annoyingly, it’s not perfect. You can certainly mute the word “orc” but if someone tweets “Look at this article” and the article title is “Orcs are better than elves” you’re still going to see it. If there’s a specific account that always retweets content you don’t like, but you like their original tweets, you can also turn off retweets on a per-account basis.

You can also enable the Quality filter and other advanced filters to cut down on replies from accounts with only a few followers (i.e. likely spam or bots), new accounts and so on. There’s no option to mute men with anime profile photos but there should be.

The tips above are how to make these services show you what you want to see. But what do you show the world? This is certainly a very different question. Amy Liu, 22, felt she was putting on a fake persona in her digital life, and that was one of the reasons she dropped social media. “I felt I was portraying this fake version of me that wasn’t real, especially on Instagram where your life essentially can’t have flaws and missteps, because it’s all reduced to a pretty picture.”

I can certainly understand this. I travel for half the year, and I post a lot of stories on my Instagram about where I am and what I’m doing. It’s public, but it’s also for my friends. I rarely, even on my private Facebook account that’s just for friends and family, post about negative experiences. When I’ve done this in the past, I’ve gotten comments along the lines of “you’re traveling, everything is perfect, stop complaining.” That’s unfair, and untrue, yet when what you choose to present to the world seems perfect, people think everything is perfect. I’ve stopped making posts like that, which is a challenge when things aren’t great, but I’ve learned that social media isn’t usually the place to get support.

So what happened with my digitally disappeared friend? Well, she’s still gone. For selfish reasons that makes me sad, as I don’t get to see what she’s up to with any regularity. But we still talk every few weeks to catch up. For her, though, it has been an entirely positive step. She doesn’t know if she’ll be back, but knows that’s an option if she wants.

That fact might make the decision easier for you, too: You could always reactivate your accounts. Or even just start a new one, with a very select group of friends. Perhaps after some time off, you’ll have a better idea of what you miss and what you want out of these services, and fine tune them to only show you that. It’s a tough world out there. I recommend puppies. Lots of puppies.