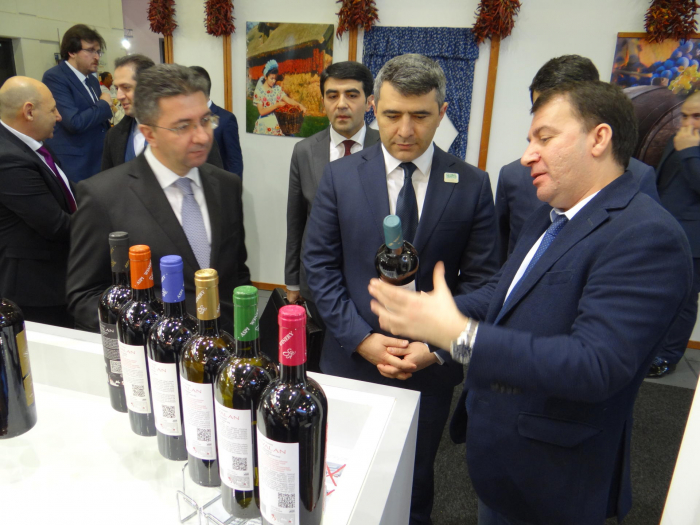 The Azerbaijani exposition is located on an area of 98 square meters. It presents 180 types of products of 11 participating companies.

Over 1,500 companies from more than 70 countries participate in the exhibition.

Minister of Economy Inam Karimov and the Azerbaijani Ambassador to Germany Ramin Hasanov attended at the opening of Azerbaijan’s exposition.

Within the framework of the exhibition, the parties become familiar with the products of Azerbaijani companies and held several meetings.

International Green Week is one of the largest agricultural exhibitions of the world that held in the famous Messe Frankfurt complex.

Azerbaijan is presented for the 12th time in the exhibition.