Collapse of footbridge over Indonesia river kills at least nine 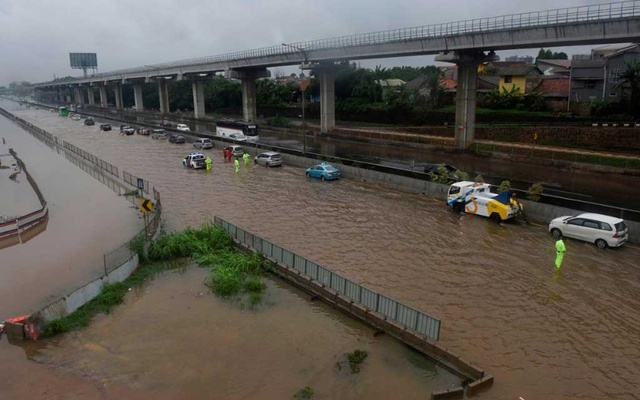 A footbridge across a river swollen by heavy rains collapsed on Indonesia’s island of Sumatra, drowning at least nine people who were swept away by a strong current, with one person missing, disaster mitigation officials said.

Seventeen people were rescued at the site of Sunday’s collapse in the province of Bengkulu, where Indonesia’s disaster mitigation agency has launched a rescue effort, its spokesman, Agus Wibowo, said.

A crowd of about 30 people, mostly students, gathered on the bridge could have caused a strain leading to the collapse, Wibowo told Reuters.

“They were watching the floods in the river below and then the bridge snapped, so they fell into the overflowing river,” he added.

A strong current in the river had swept away the victims, drowning them, regional disaster official Ujang Syafiri said in comments to state news agency Antara, adding that the bridge was mostly used by farmers living nearby.

“Since last night, the regional disaster mitigation agency, the military, the police, related organizations, and volunteers had been searching for the missing,” Wibowo said in a statement on Monday.