US Ambassador to Azerbaijan visits Alley of Martyrs 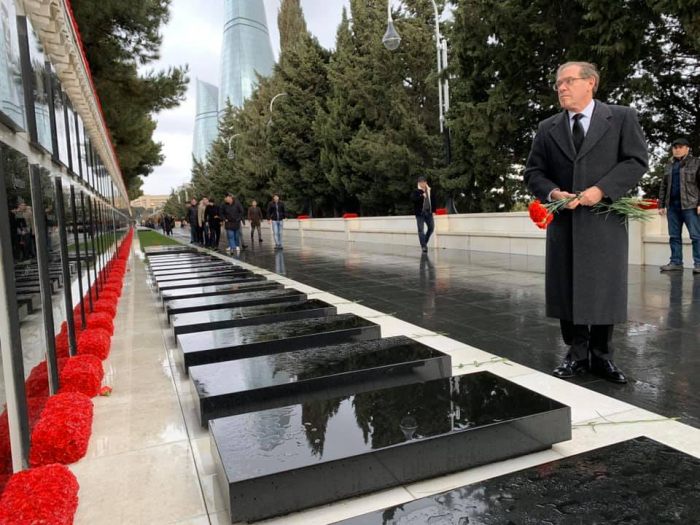 US Ambassador to Azerbaijan Earle Litzenberger has visited the Alley of Martyrs to pay tribute to the victims of the Bloody January tragedy on the National Mourning Day, US Embassy in Baku posted on their Facebook page. 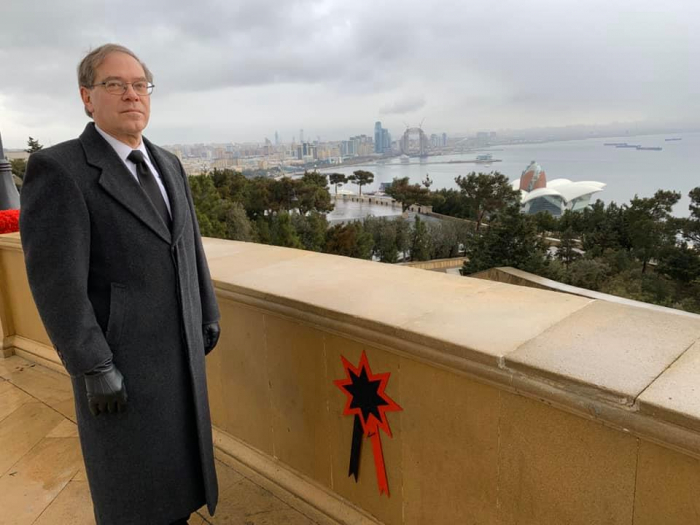 "Today we mark the tragic events that occurred thirty years ago, starting late at night on 19 January 1990, after the demolition of the central television station and termination of phone and radio lines by Soviet special forces, 26,000 Soviet troops entered Baku by order of the Kremlin. This ultimately failed attempt to save Communist rule and put down Azerbaijan's independence, led to approximately 800 injured and by official counts the deaths of at least 147 Azerbaijani civilians. In addition to those who were killed and injured, we also honor the vital work done during the crisis by Radio Free Europe/Radio Liberty in covering those tragic events. At a time when Soviet authorities had managed to impose an information blockade about the violence both inside and outside of Azerbaijan, RFE/RL, under the direction of Mirza Khazar, succeeded in broadcasting daily reports from Baku. For several critical days it remained the only source of news to Azerbaijanis within and outside of the country. One local poet described Mirza Khazar’s radio reports during the Soviet military action by saying, ”On January 20, Mirza Khazar with his God-given divine voice, gave hope to the dying Azerbaijani people.”