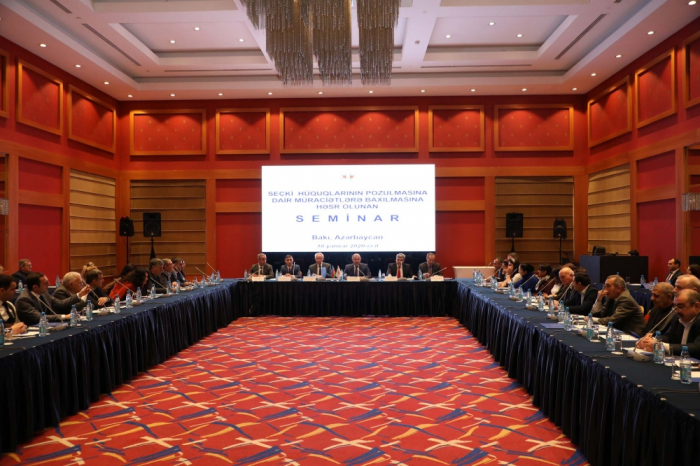 Azerbaijani Central Election Commission (CEC) has hosted a seminar on considering complaints related to the violation of electoral rights in connection with the early parliamentary elections, secki-2020.az reports.

In his remarks, Gasimov stressed that the main task of the expert group operating under CEC is to accurately, promptly and impartially consider the appeals received by the district election commissions and provide them with this information.

“The district election commissions will make a final decision on the basis of this information,” the deputy chairman said. “During the recent municipal elections, a number of steps were taken to consider the received complaints and to achieve prompt, unbiased results and make decisions. As a result, the number of the received complaints decreased twofold compared to the previous years,” he noted.

Gasimov mentioned that the seminars organized in Baku, Ganja, Sumgayit, Nakhchivan, Sheki and Masalli cover 375 members of the expert group on 125 constituencies.

The deputy chairman said in conclusion that CEC received 27 appeals in connection with the upcoming elections.

The parliamentary elections will be held in Azerbaijan on February 9.