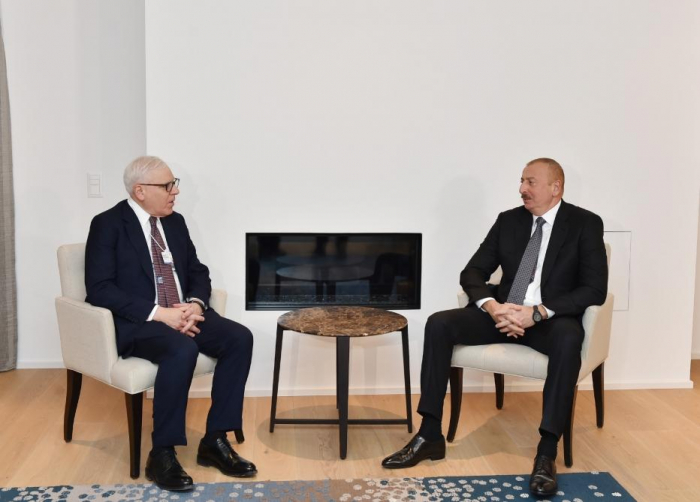 President of the Republic of Azerbaijan Ilham Aliyev also held a meeting with Cees't C. Hart, CEO of the Carlsberg Group on January 21 in Davos.

President Ilham Aliyev underlined the significance of the reforms which resulted in increased transparency and reporting. The head of state also stated that we will continue to pursue reforms and predictable policy in tax, customs and other fields for local and foreign investors to boost the business and investment environment.

Cees’t Hart expressed his confidence over the successful implementation of reforms in recent years, favourable business and investment climate in Azerbaijan highlighting healthy business and competitive environment and increased transparency. Hart noted “Carlsberg Group” has always supported these reforms and will continue its support. He also emphasized that these opportunities will enable them to increase investments in Azerbaijan, particularly, starting this year the group will make an investment in agriculture and the implementation of the pilot projects has already been started.

President of the Republic of Azerbaijan Ilham Aliyev has met with founder and Co-Executive Chairman of Carlyle Group David Rubenstein in Davos.

Founder and Co-Executive Chairman of Carlyle Group David Rubenstein hailed the cooperation between the organization headed by him and Azerbaijan's State Oil Fund and informed the head of state of prospects for future cooperation.

President Ilham Aliyev pointed to the development of Azerbaijan's economy, saying that the non-oil sector industry grew by 14 percent, while the agriculture by 7 percent in the country last year.

The favorable investment climate created in Azerbaijan was hailed. The ample opportunities for the development of cooperation between Azerbaijan and one of the world's leading companies Carlyle Group in funds management area was also emphasized at the meeting.

President of the Republic of Azerbaijan Ilham Aliyev has embarked on a working visit to the Swiss Confederation to attend the annual meeting of the World Economic Forum.

Andrey Kostin welcomed the proposal, assuring the head of state that the Bank would expand its activity in this regard.

The successful development of economic and trade relations between Azerbaijan and Russia was highlighted. They stressed the importance of maintaining and boosting the trade growth.

They exchanged views over cooperation prospects. 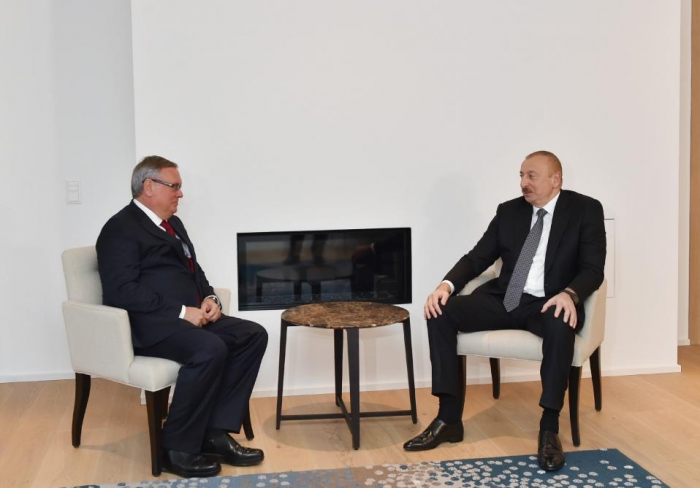 President of the Republic of Azerbaijan Ilham Aliyev has met with Executive Vice President and Chief Financial Officer at CISCO Kelly Kramer in Davos.

Long-term cooperation between CISCO and Azerbaijan was praised at the meeting. CISCO`s implementation of projects in priority areas in Azerbaijan was pointed out. The initial stages of most of these projects have already been implemented.

President Ilham Aliyev said CISCO was an important partner for Azerbaijan, pointing out great business potential for the company in the country.

Executive Vice President and Chief Financial Officer at CISCO Kelly Kramer highly appreciated the ongoing development processes in Azerbaijan, noting the successful exchange of expertise between the company and the country. Kelly Kramer described Azerbaijan as the most important country for CISCO in the region. 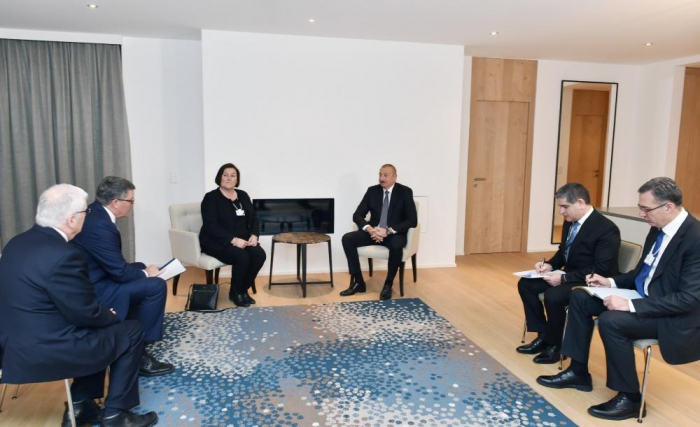