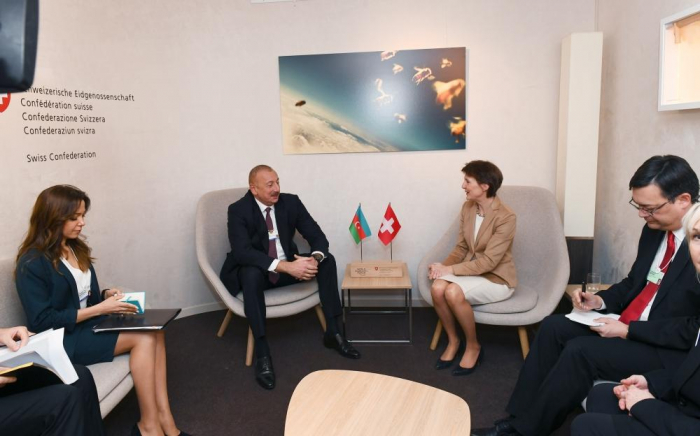 The sides discussed bilateral relations, exchanged views on Azerbaijan's experience during its chairmanship in the UN Security Council, and emphasized the role of our country in European energy security and in the region. Presidents also made discussions on economic relations between Azerbaijan and Switzerland and expressed satisfaction with the development of these relations.