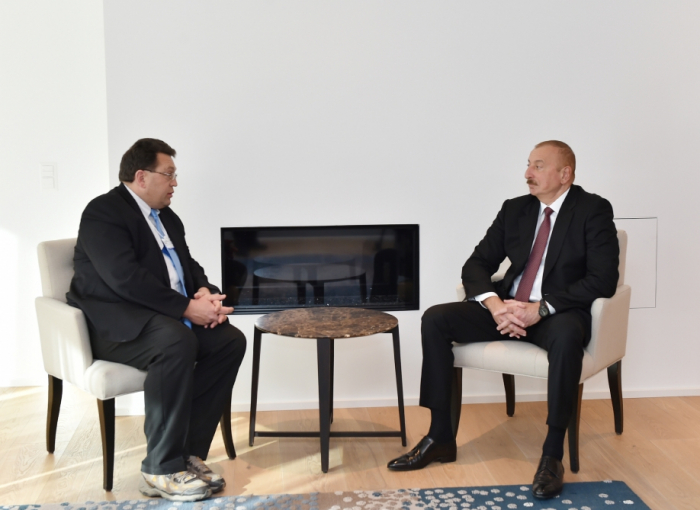 President of the Republic of Azerbaijan Ilham Aliyev has met with Mayor of the Swiss town of Montreux, Co-chairman of the Azerbaijan-Switzerland Friendship Group Laurent Wehrli in Davos.

The steady development of bilateral relations between Azerbaijan and Switzerland was hailed at the meeting. Laurent Wehrli said that he was appointed as the co-chairman of the Azerbaijan friendship group in the Swiss parliament two months ago. He pointed out that he would spare no effort to further enhance relations between Azerbaijan and Switzerland, including the legislative bodies of both countries during his tenure.

During the conversation, the sides exchanged views on the establishment of cooperation between the cities of Azerbaijan and Switzerland. It was noted that the town of Montreux and the Sabail district of the city of Baku had recently become sister cities.

The activities of Azerbaijani companies in Switzerland were highlighted, and the importance of further expanding relations between the countries’ companies was emphasized at the meeting. 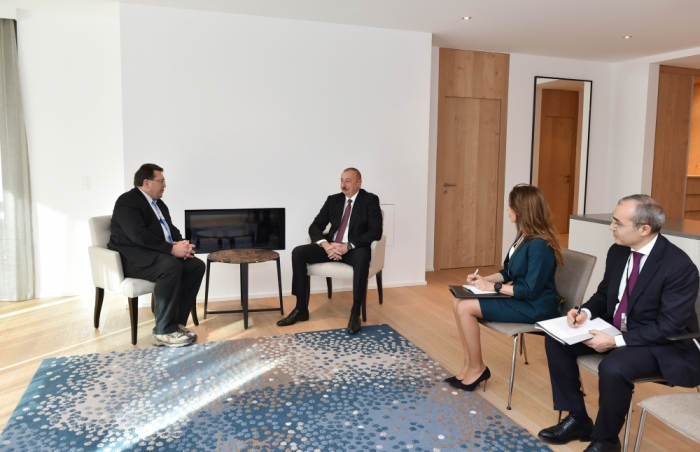