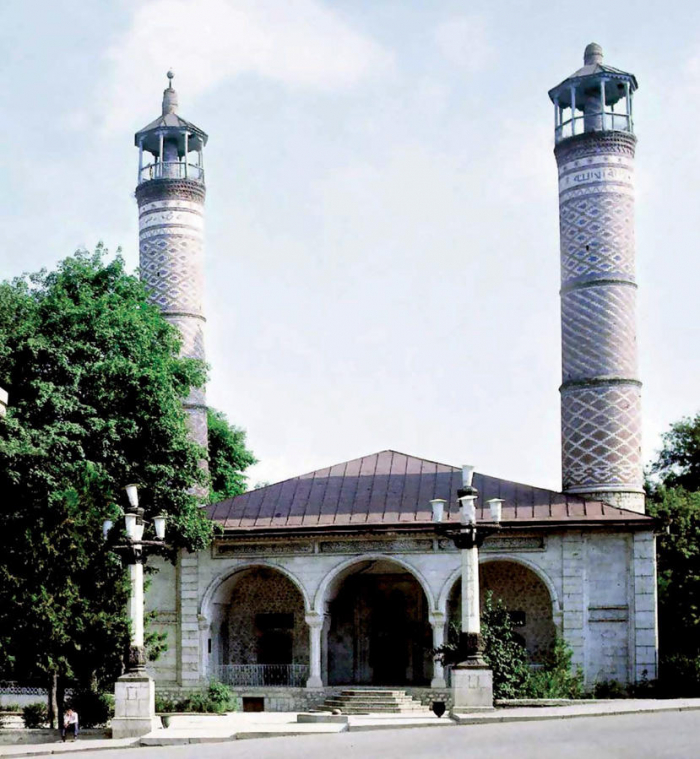 Huseynov was commenting on the illegal actions of the Armenian authorities and the illegal regime in Nagorno Karabakh under the guise of reconstruction in the occupied Azerbaijani territories.

It is necessary to study and use all leverage that UNESCO can apply in this matter, given the fact of the occupation of Azerbaijani territories by Armenia, said the director.

“Unfortunately, so far there has been no precedent for any processes conducted by the occupying regime of Nagorno-Karabakh to be stopped in the occupied lands,” Huseynov noted. “That is, neither UNESCO nor other structures have interfered to suppress the facts of falsification of Azerbaijan’s historical architectural heritage by Armenia under the guise of restoration. Accordingly, one cannot count on concrete steps besides attracting the attention of the world community to UNESCO.”

The director added that the falsification process carried out by the Armenian side can be stopped only by liberating the occupied Azerbaijani lands.

“The puppet regime having “rehabilitated” the Yukhari Govhar Agha Mosque in Shusha city considered an architectural pearl of Nagorno Karabakh and naming it as the “Persian cultural center” some time ago, currently is going to “rehabilitate” Shusha fortress founded by Panah Ali Khan Javanshir, the builder of Karabakh Khanate in the 18th century,” reads the statement. “According to the information disseminated by mass media, it is not ruled out that in the future the same vandalism will be applied to the historical monuments in Aghdere and Lachin districts.”

“It is well known that thousands of our cultural, historical and religious monuments on Azerbaijan’s occupied territories have become victims of Armenian aggression,” the Azerbaijani community said. “Some part of these monuments has been completely erased from the earth, and the remaining monuments have been brought into unfit condition.”

“Along with occupying our lands, exposing our people to genocide and displacing thousands of people from their native land, Armenia also destroys our historical monuments,” the statement said. “Armenia hypocritically calls these processes “repair and rehabilitation work” in order to erase this stain from itself.”

“Not only us, but also international organizations should think of the outrageous purposes of Armenia under the cover of “rehabilitation” of these monuments, as spread of this tendency jeopardizes cultural-historical heritage of the world,” reads the statement.

“All the monuments, situated in occupied territories, were erected by our forefathers, they bear handprints of our ancestors,” the Azerbaijani community said. “Vitalization of these monuments, which were inherited for us, will be one of our main duties after the return of the Azerbaijani lands.”

“All these along with being in contradiction with the obligations undertaken by Armenia to UNESCO, are also the manifestation of this country’s hypocrite trait and the attempt to deceive the international community and to give a cultural and civil veneer to its vandalism actions,” the statement said.