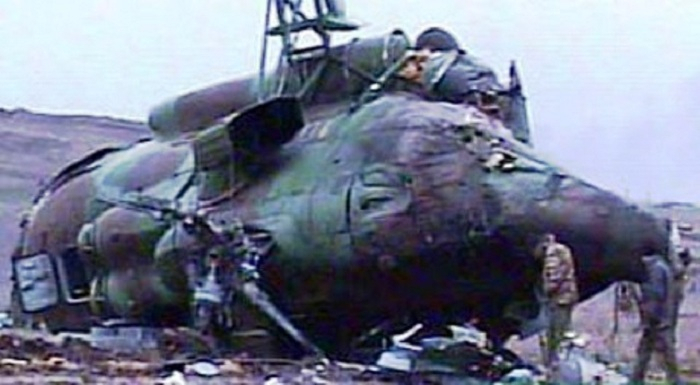 28 years have passed since the terrorist attacks committed by Armenian Armed Forces against the civilians in Nagorno Karabakh, AzVision.az reports

On January 28, 1992, MI-8 civilian helicopter, flying from Aghdam to Shusha was shot down by Armenians with mortars from the direction of Khankendi.

The terrorist incident took place near Khalfali village of Shusha. As a result of the incident, totally 44 people including 41 passengers with women and children and 3 crew members were killed.

Two months before this incident – on November 20, 1991, MI-8 helicopter was shot down by Armenians with a number of public figures and journalists on board near Garakend village of Khodjavand region.