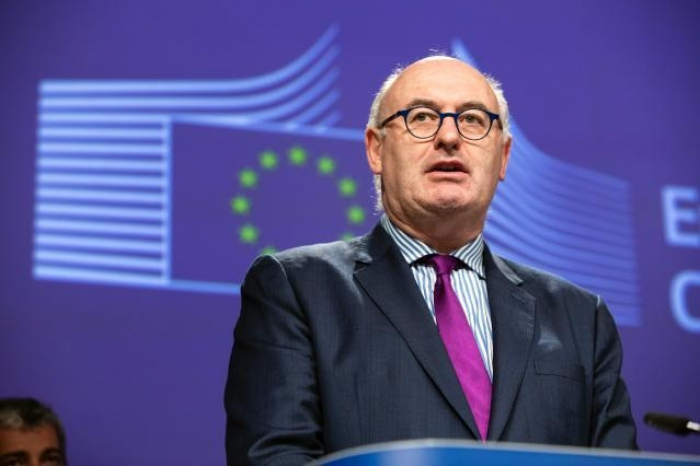 The negotiations between the European Union (EU) and Azerbaijan on the trade chapter of the new partnership agreement are very advanced, EU Commissioner for Trade Phil Hogan told Trend.

The commissioner noted that in the EU, Member States are responsible for trade promotions in countries outside the EU.

"As the Commission we provide tools for importers and exporters to make it easier for them to do trade between the two sides. These are the Trade Helpdesk (for exporters into the EU) and the Market Access Database (for exporters from the EU to third countries)," added Hogan.

The European Council adopted a mandate for the European Commission and the high representative for foreign affairs and security policy to negotiate, on behalf of the EU and its member states, a comprehensive agreement with Azerbaijan in November 2016.

The new agreement should replace the 1996 partnership and cooperation agreement and should better take account of the shared objectives and challenges the EU and Azerbaijan face today.

The agreement will follow the principles endorsed in the 2015 review of the European Neighborhood Policy and offer a renewed basis for political dialogue and mutually beneficial cooperation between the EU and Azerbaijan.

Currently, bilateral relations between the EU and Azerbaijan are regulated on the basis of an agreement on partnership and cooperation that was signed in 1996 and entered into force in 1999.