Next round of Karabakh peace talks kicks off in Geneva 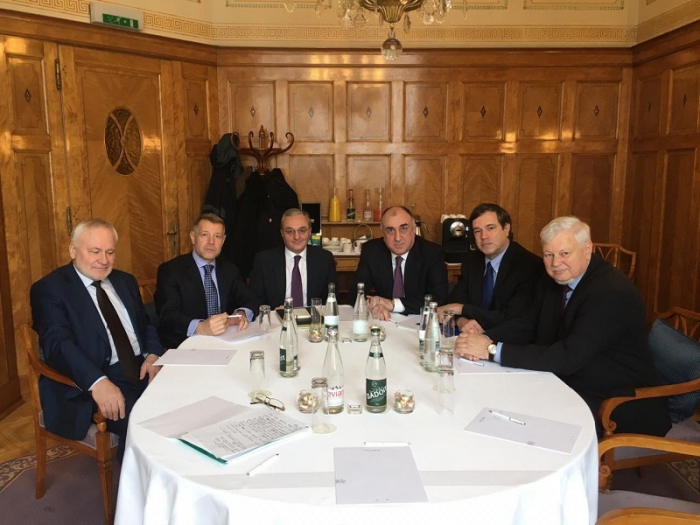 The next round of the meeting between Azerbaijani Foreign Minister Elmar Mammadyarov and his Armenian counterpart Zohrab Mnatsakanyan kicked off in Geneva.

The Wednesday meeting between the Azerbaijani and Armenian foreign ministers in Geneva lasted for seven hours. The parties & co-chairs advocated for intensifying negotiations on the settlement of the Armenia-Azerbaijan Nagorno-Karabakh conflict and achieving tangible results on all issues of negotiation agenda.