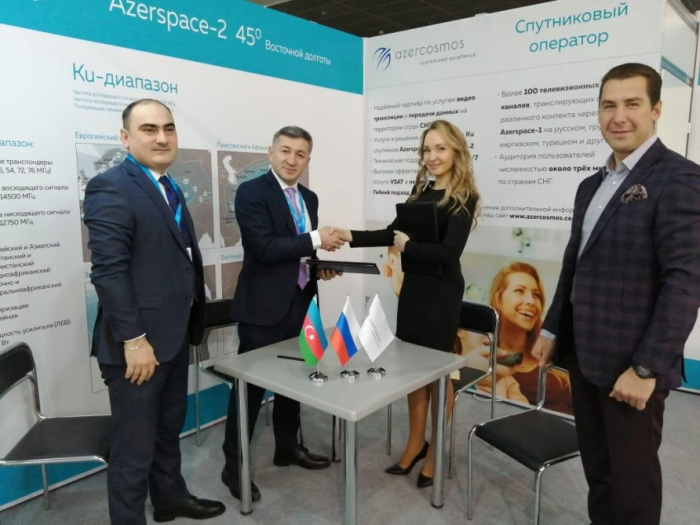 Azercosmos OJSC, a satellite operator based in Azerbaijan, has signed a cooperation agreement with Russia’s Yuvelirochka (VES-Media) TV channel and Tatarstan Novyi Vek (TNV) TV and Radio Company of Russia’s Tatarstan Republic, AzVision.az reports referring to the statement of Azercosmos.

Thanks to the new channels, the number of Russian-language channels that are being broadcast via Azerspace-1 will increase, which will create additional opportunities for further popularization of the orbital position of Azerspace-1 satellite, meeting the demand for Russian-language content in the region.

Azercosmos OJSC took part in the CSTB Telecom & Media 2020 International Exhibition of Television and Telecommunications in Moscow on Jan. 28-30, the report said.

The exhibition has been held in the field of telecommunications for more than 20 years. At the exhibition, the leading companies of Russia and the CIS countries showcase their products, TV broadcasting opportunities, achievements in the field of media services, digital and satellite technologies.