US ambassador commments on meeting of Azerbaijani, Armenian FMs in Geneva 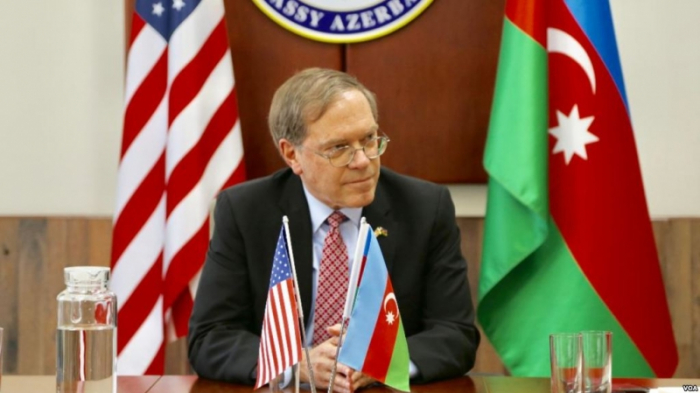 US Ambassador to Azerbaijan Lee Litzenberger has commented on the latest meeting of Azerbaijani and Armenian foreign ministers with mediation of OSCE Minsk Group co-chairs, AzVision.az reports citing Trend.

He said it is always gratifying to see parties meet to conduct constructive and substantive negotiations,

Litzenberger expressed hope that the public read the joint statement of the Foreign Ministers of Azerbaijan and Armenia and the co-chairs of the OSCE Minsk Group after the talks.

"Once again, we hope that the negotiations will continue," the ambassador said.

A meeting between the Azerbaijani Foreign Minister Elmar Mammadyarov and his Armenian counterpart Zohrab Mnatsakanyan was held in Geneva on Jan. 28-30.