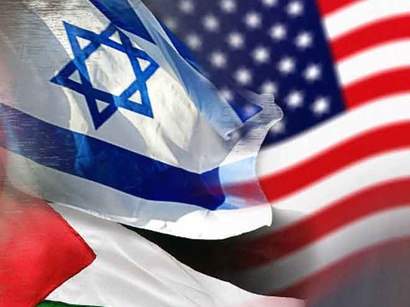 Israeli and Palestinian negotiators were tight-lipped Thursday as the two sides renewed direct peace talks after a long night of "serious" negotiations.
"The talks yesterday were serious and it was agreed to meet again soon," an Israeli official who was briefed on the talks told dpa on condition of anonymity.

He refused to give any further details, as per a US decision to hold the negotiations away from cameras, with minimal media exposure and public fanfare.

Palestinian President Mahmoud Abbas said during a press conference with visiting UN chief Ban Ki-moon in Ramallah that the talks tackled all permanent status issues, but that there was still far to go.

"We cannot ... talk about what has happened, but I can say that we tackled all issues on the table, including borders, Jerusalem, settlements, security and prisoners."

He stressed that "this was still the beginning," adding that "we hope we can say more in the coming days."

Abbas said he still believes that "the only road to reach an independent state is through negotiations.

"We hope that, within six to nine months, we will be able to solve all our final status issues, that will take us toward the establishment of the independent state with Jerusalem as its capital," said Abbas.

Ban said he would put his weight behind the talks.

"As negotiations continue, we will do everything we can to reach the two-state solution," he said. "I encourage all parties to reach that goal."

The next session is expected to take place in Jericho in the West Bank, in about two weeks, though it could be sooner.

The US-brokered negotiations are the first direct talks for three years between the feuding sides. The aim is to reach a final status agreement within nine months.

Neither the special US envoy to the talks, Martin Indyk, nor his deputy, Frank Lowenstein, sat in on most of the meeting, Israeli daily Ma`ariv reported.

As agreed in the preparatory meeting in Washington two weeks ago, much of the talks will be bilateral in nature, without an American presence in the room.

Indyk and Lowenstein will serve as "facilitators," the State Department said.

The exact West Jerusalem location of the first meeting in the region was also kept a secret.

Ma`ariv quoted a senior Israeli official as claiming that US Secretary of State John Kerry had known in advance about all the construction projects in the occupied West Bank and East Jerusalem announced by Israel earlier this week.
Israel`s Housing Ministry said Sunday that it would publish tenders for the construction of almost 1,200 apartments in East Jerusalem and the West Bank - the first tenders announced since Israeli Prime Minister Benjamin Netanyahu tacitly agreed to freeze the publication of any new tenders during the past six months.

An Israeli planning committee later also gave final authorization for an additional project of some 900 housing units in the East Jerusalem settlement of Gilo.

Israeli press reports said Netanyahu authorized the housing units as compensation for hardliners in his cabinet and his nationalist Likud party, who vehemently opposed the release of Palestinian militants from Israeli jails, which was used as a goodwill gesture that helped kickstart the long-stalled negotiations.

"Kerry was paying lip service to the Palestinians when he berated Israel," the Israeli official told the daily on condition of anonymity.

But the US rejected those charges.

"We don`t accept the legitimacy of continued settlement activity. These announcements come at a particularly sensitive time with the negotiations continuing in the region," State Department spokeswoman Jen Psaki told reporters in Washington as the negotiating session was underway.

Ban agreed that Israeli settlement activity in the occupied territories could make a two-state solution impossible.

He called on Israel to ease restriction on the movement of Palestinians in the West Bank and Gaza Strip in order to improve living conditions.