Why food's plastic problem is bigger than we realise -  iWONDER 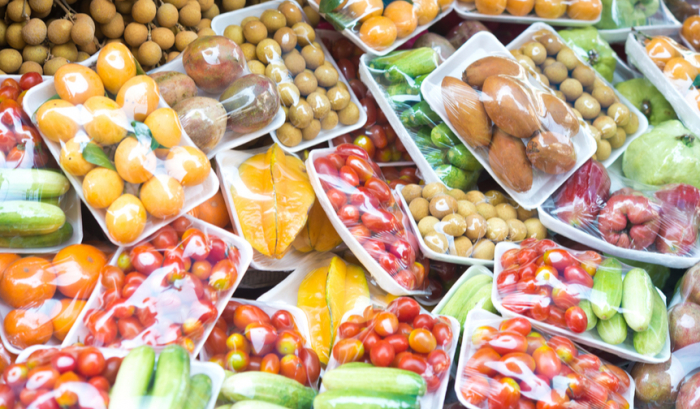 Plastic isn’t just a problem in supermarkets. It’s universal on farms, too – but now farmers are trying to ditch it in favour of environmentally-friendly alternatives.

The word ‘plastic’ is ringing in society’s ears. It seems we hear non-stop about single-use plastics in our everyday lives, and we’re taking action: people are eschewing disposable coffee cups, refusing plastic straws and calling out supermarkets for wrapping produce in the stuff. But when you look at the plastic-wrapped tomatoes on a supermarket shelf, what you may fail to see is the plastic that was used to produce the food in the first place. What if the plastic problem goes back much further?

Plastic is omnipresent on farms. It is used to wrap silage, to cover crops, in tubing for irrigation and to transport feed and fertiliser. According to a 2010 report from the Department for Environment, Food and Rural Affairs (Defra), 45,000 tonnes of agricultural plastics are produced every year in the UK.

The biggest contributor to this problem, making up over 40% of the total agri-plastic market, are plastic sheets that are spread over the soil to serve as a sort of plastic mulch. They suppress the growth of weeds, increase fertiliser uptake, regulate temperature and humidity, and protect plants and soil from bad weather. Researchers estimate that plastic mulch increases crop yields by a third. The innovation was heralded as an agricultural boon when it was first introduced in the 1950s, and in 2019 global plastic film use on farms was expected to reach 6.7 million tonnes – almost 2% of all the plastic produced each year. Using plastic to grow crops even has its own terminology: plasticulture. 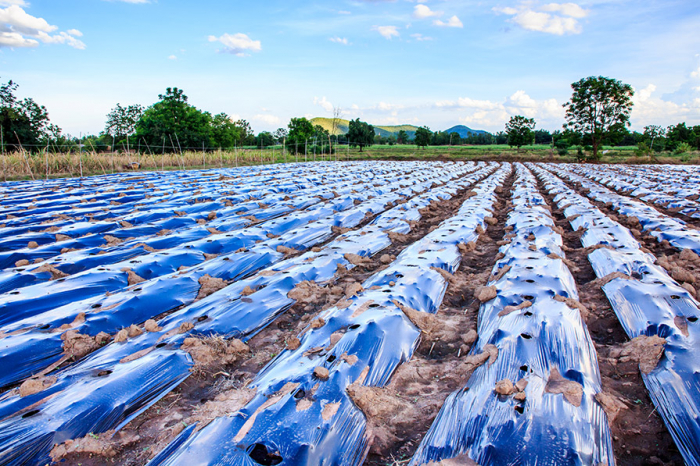 But the widespread use of plastic mulch poses a problem. Plastic used on farms is typically difficult and expensive to recycle because it becomes contaminated with soil, pesticides and fertiliser. These contaminants can amount to up to 50% of the total weight of the material collected for recycling, making the process costly and inefficient. If agri-plastic can’t be recycled, the only options for disposing of it are to burn it, bury it, or to send it to landfill.

Marcus Flury, a professor of soil science at Washington State University, says he is worried about the effect the plastic mulch is having on the environment. For all the benefits plastic mulch brings, it also alters the soil in harmful ways. Research has shown that the thinner the film, the more difficult it is to remove without leaving microplastics in the soil, where they can remain for decades. Microplastics can negatively affect soil quality, and could harm the microbes and tiny organisms that call the soil home.

Researchers do not yet fully understand the long-term effects all this plastic is having on soils, and, by extension, the food we eat. Studies have begun to show that microplastics are making their way into the human food chain, and into our bodies, but exactly where those plastics come from and how they affect our health is still to be determined.

Flury believes that swapping out plastic mulch for a biodegradable alternative may be our best bet: it wouldn’t have to be removed, and could simply be tilled into the soil at the end of the season. There is already an EU standard for biodegradability of plastic mulch, so farmers can be reassured that the plastic will actually break down after use. But there are still questions over the impact of these mulches on the soil itself. “That’s something that we are still researching at the moment,” he says.

This green swap also comes at a cost that many farmers cannot afford. At the moment, biodegradable plastic is about three times more expensive than its polyethylene equivalent in the US, according to Flury. 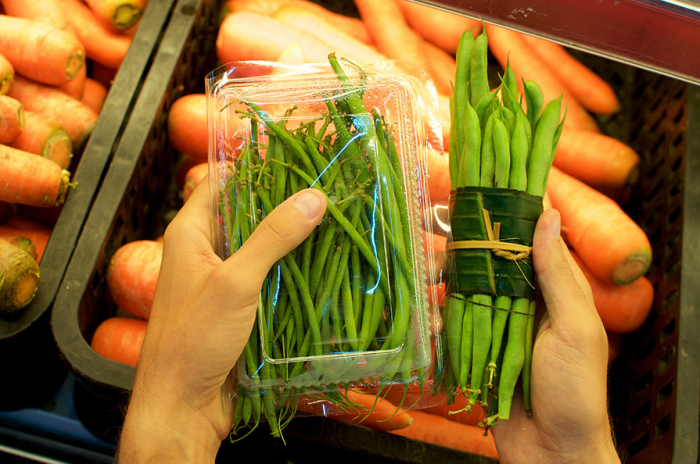 Biodegradable plastic isn’t the only option for farmers wanting to cut down.

Most crops begin their lives in tiny plastic trays and pots. But for decades, farmers in Japan have been using pots made from paper. Rather than removing each seedling from its respective pot to plant out in the field, paper pots are arranged in a chain and fed through a machine that transplants that chain to the ground, turning hours of work into mere minutes. The practice, which is not only time-efficient, but more eco-friendly because the paper is biodegradable, is finally being adopted elsewhere – a company called Small Farm Works imports the system in Wisconsin in the US, for example.

Until biodegradable replacements are widely available, recycling any plastic used is likely to be better than the alternative.

Burning plastic is still a fairly common practice on farms across the globe, despite it releasing harmful pollutants, known as dioxins, into the air.

But plastics recycling isn’t always easily available to farmers. In Wales in 2019, where burning plastic farm waste has been banned since 2005, farmers said they were left with few options when the only company that had been dedicated to collecting plastic from farms for recycling had to suspend its services when new fees charged by recycling plants made the business no longer financially viable. 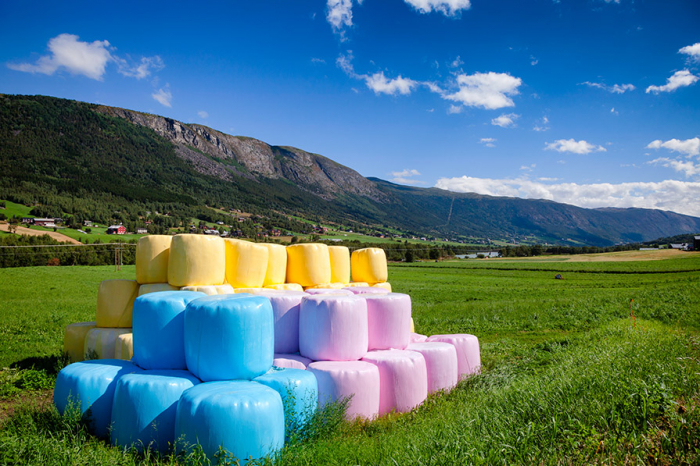 Now two new schemes hope to improve the situation. A group of the UK’s farm plastic collectors have banded together to form a new recycling collection scheme for agricultural plastics, called the UK Farm Plastic Responsibility Scheme (UKFPRS), that will launch in January 2020. Mark Webb, who runs Farm XS, a recycling firm that is a member of UKFPRS, says the scheme will operate on a not-for-profit basis meaning farmers can give away their plastic for recycling at no additional cost. The scheme also hopes to educate farmers about how to reduce contamination in their waste plastic, and provide a better estimate of how much farm plastic is really being collected and recycled.

The announcement of UKFPRS came shortly after a similar scheme for collecting plastic films from farms, called Agriculture, Plastic & Environment UK (Ape UK), was launched in October last year. The Ape UK programme will be funded by charging farmers levies on the plastics they purchase.

Still, Flury says that switching to biodegradables – not recycling – is the way to solve farming’s biggest plastic problem: “It’s a very simple solution, in my opinion: just make the non-biodegradable plastic more expensive.” Or even better, he says: ban it altogether.

Even Webb doesn’t see recycling as a long term solution. “The overriding problem which affects the UK situation… is that we simply do not have facilities or the capacity for recycling the material,” he says. In an ideal world he’d like to see farmers reduce their reliance on plastic altogether. 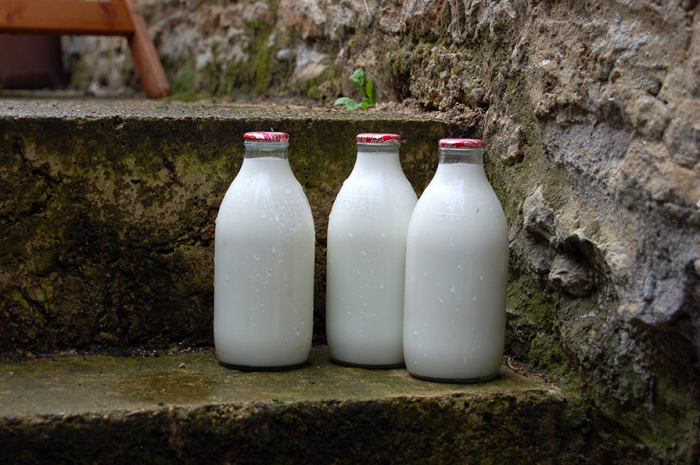 That’s exactly what Bryce Cunningham, a farmer in Ayrshire, Scotland, is striving for: his goal is to own the UK's first single-use plastic-free dairy farm.

After raising more than £10,000 ($13,100) through crowdfunding, he has replaced the single-use plastic cartons he previously sold his milk in with 32,000 glass bottles for which customers pay a 20p ($0.26) deposit, harking back to a more old-fashioned milk distribution method. He is also looking to switch to using biodegradable silage wrap, only using refillable chemical containers, and getting bulk feed in reusable bags.

What’s more, he says it seems like other farmers are beginning to follow his lead: “Not a week goes by where I don’t have a farmer on the phone asking how we’re getting on or wanting to visit the farm to see what we’re doing.”

While plastic use is not the only – or even the most pressing – environmental issue in agriculture today, it’s something that many farmers could address without dramatic changes to how they work. Cunningham hopes spreading his newfound expertise will encourage others to take the same steps to reduce plastic on their own farms. “I fully believe there is a lot more we can do,” he says.