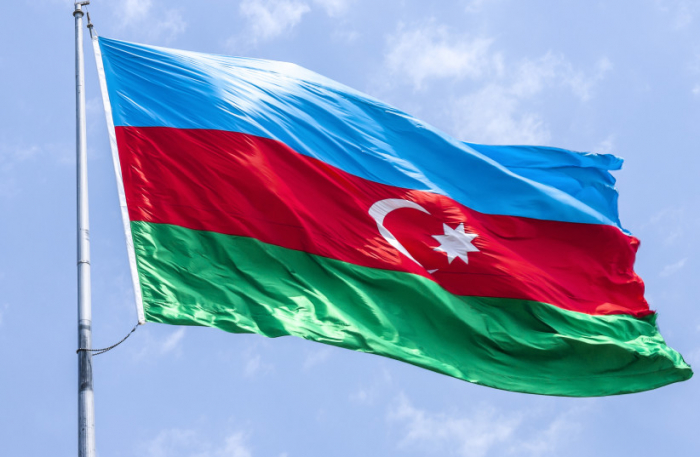 The Jerusalem Post has published an article titled "Azerbaijan broadens the horizons of cooperation: balanced foreign policy" by Esmira Jafarova.

The article reads as follows:

"Azerbaijan evolving role as an international player capable of accommodating to entities and interests cutting across diverse geographic distances, identities and religions.

When thinking of Azerbaijan’s foreign policy, one has to put things into the right historical and geopolitical perspective in order to fully fathom its priorities and insecurities. Its foreign policy has undergone a fair degree of evolution and introspection since its independence in 1991. Independence brought new challenges as well as opportunities to this South Caucasus country, which has come to reinvent itself and its foreign policy priorities in a rather delicate neighborhood.

Geographically and geopolitically speaking, Azerbaijan, caught between Europe and Asia, symbolizes a vital juncture between the two continents. It is “sandwiched” between the two big powers – Russia and Iran, and shares a common border with Armenia, its hostile neighbor, due to the unresolved conflict over Azerbaijan’s Nagorno-Karabakh region. Apart from the lingering territorial conflict, Azerbaijan’s foreign policy was also shaped and impacted by its openness to cooperation with global, Euro-Atlantic and post-Soviet institutions, as well as by its religious identity, i.e. it being a secular Muslim state, which also conditioned its choice of allies among the countries of a similar faith.

During the early years of its independence and the tenure of the first and the second presidents Ayaz Mutallibov (1991-1992) and Abulfaz Elchibey (1992-1993), Azerbaijan’s foreign policy vacillated between pro-Russian and then pan-Turkic and pro-Western orientations in search of the proper niche for this fledgling country with a predominantly Muslim population. It was only with the presidency of the late president Heydar Aliyev after 1993 that Azerbaijan was able to solidly redefine its foreign policy priorities. Euphoria of the early independence years accompanied by the changing patterns of foreign policy preferences, including periods of more and less vocal expressions in political circles in favor of Azerbaijan’s Euro-Atlantic aspirations, were soon replaced with a more pragmatist approach – building Azerbaijan’s balanced relationships and steady partnerships with its neighbors as well as with the rest of the world.

AZERBAIJAN endorsed a multi-vectored foreign policy that encapsulated nurturing good-neighborly relations with its regional neighbors and striking the right balance in its interactions with Euro-Atlantic partners (Russia, Turkey, Iran), while also maintaining good alliances with the Islamic countries in the Middle East – especially within the framework of the United Nations and the Organization of Islamic Cooperation – while also staying on friendly terms also with Israel.

Today, Azerbaijan neither bandwagons with nor antagonizes Russia, thus accurately hedging and sustaining cooperative relations with its northern neighbor. Its relations with Iran are also built on neighborliness, despite the existence of latent issues stemming from Iran’s apprehension over a large Azerbaijani minority in Iran and the latter’s regional alliance with Armenia. Among the carefully balanced partners and a hostile neighbor, Turkey became Azerbaijan’s natural ally by supporting it through the early years of independence and continuing to do so on vital foreign policy issues, i.e. its position in Armenia-Azerbaijan conflict.

Azerbaijan’s international standing was further enhanced with its election as a non-permanent member of the UN Security Council in 2012-2013. As a matter of fact, the country’s global outreach will be strengthened more by its chairmanship of the Non-Aligned Movement (NAM) for the period of 2019-2022, as well as of the Turkic Council, GUAM and TRACECA in 2020.

To substantiate the above, 2019 was rife with remarkable events for Azerbaijan’s foreign policy. On the Euro-Atlantic side of partnership, Azerbaijan celebrated 25th anniversary of its cooperation with NATO within Partnership for Peace program in April 2019 when Director General of NATO’s international military staff visited Azerbaijan. Azerbaijan completed the fifth cycle of the Individual Partnership and Action Plan in 2019, contributes to NATO’s Resolute Support Mission in Afghanistan and Afghan National Army trust fund. Its relations with NATO have so far been based on practical partnership without any aspirations voiced on the part of Azerbaijan to join the latter as a member. The successful conduct of the second round of EU-Azerbaijan Security Dialogue in Baku on 19th December with high-raking EU officials in attendance reestablished the priorities in Azerbaijan’s relations with the European Union by highlighting common positions on political, security, energy related issues, alongside underscoring the need to continue working towards finalization of EU-Azerbaijan Strategic Partnership Agreement, which unlike the Association Agreements and Deep and Comprehensive Free Trade Agreements envisaged by the Eastern Partnership, is built on more equal terms of partnerships, thus elevating Azerbaijan’s stance from having to one-sidedly comply with EU’s expectations to mutually beneficial cooperation for both.

IN OCTOBER and November 2019, we witnessed three international events that bear specific significance on emphasizing Azerbaijan’s role as an international player capable of accommodating to entities and interests cutting across diverse geographic distances, identities and religions. The 7th Summit of the Turkic-Speaking States held on October 15, 2019 in Baku became a remarkable event not only in terms of celebrating the 10th anniversary of the organization and the results achieved, but also in terms of putting Azerbaijan in the center of such an important event for the Turkic Council, which alongside Azerbaijan also unites Kazakhstan, Kyrgyzstan, Uzbekistan and Turkey.

Following it, Baku hosted the 18th Summit of the NAM on 25-26th October, 2019. This institution unites 120 diverse members from 27 countries and is the second largest entity after the UN. Hosting an event as big as this one set the stage for hitting the ground running before the commencement of Azerbaijan’s chairmanship in the NAM in 2019-2022. Azerbaijan declared its commitment to banding principles and vowed to build its work based on the principles enshrined therein. Chairmanship in NAM will not only serve as the platform to get wider international traction on the issues of importance for Azerbaijan’s foreign policy, but will also be a momentous opportunity to display Azerbaijan’s unwavering commitment to multilateral cooperation and partnership. The opportunity to lead such a versatile and complex organization also means that Azerbaijan – despite its young age as a modern independent state – is already a seasoned international actor, capable of striking a good balancing act among distinct interests and disparate group of states, whose non-alignment with any major power bloc is their main raison d’etre.

By the same token, hosting of the 2nd Summit of World Religious Leaders in Baku on November 14, 2019 for the second time a row since 2010, became yet another occasion to demonstrate Azerbaijan’s evolving role as not only an influential global and regional player, but also as a country of religious tolerance and inter-faith dialogue. The event witnessed the attendance by religious leaders from more than 30 countries culminated in the adoption of the Baku declaration, stating that Azerbaijan “attaches great importance to the development of international cooperation, formation of religion-state relations, the strengthening of inter-civilization and interreligious relations, the protection of various national and spiritual values and traditions of multiculturalism.”

The above are some examples that vividly demonstrate multiple angles of Azerbaijan’s foreign policy, as the country successfully embraces its increasing global standing as the new chair of the NAM, its partnerships with Euro-Atlantic institutions, its Turkic origin, and its role as a reference point for tolerance and interfaith dialogue. Azerbaijan – as a bridge between continents, civilizations and religions – fortuitously fulfills this role in a rather complex geopolitical setting, competing interests and its notorious unresolved conflict with the neighboring country that continues to mar its achievements and blurs its horizons. Its multi-vectored and balanced foreign policy aims at keeping equal distance with all while also maintaining constructive engagement serving the country and its partners well.