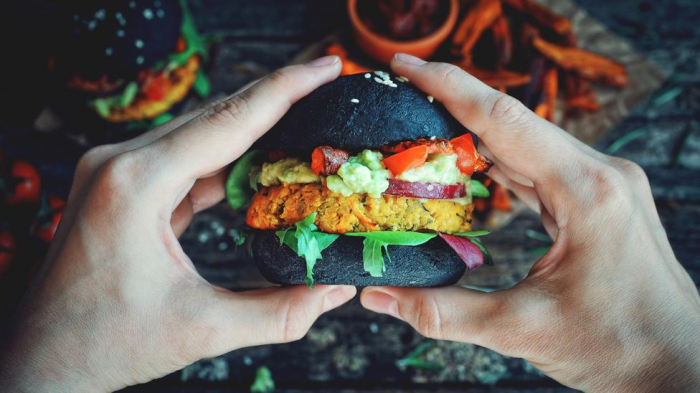 While we might switch to a plant-based diet with the best intentions, the unseen risks of vegan fast foods might not show up for years.

No British train station or high street would be complete without a Greggs bakery. The merchants of mass-produced pastries are as quintessential as they come. And last year they won plaudits for turning vegan. On the back of their success, other fast-food brands shortly followed suit.

In fact, Greggs’s vegan sausage rolls have been so successful, the company announced a “phenomenal year” for sales in 2019 driven in part by their new product and that they would share a £7m ($9.17m) bonus equally between staff.

Like the sausage roll, another staple of British fast food, fish and chips, has had a vegan make-over. Replacing cod or haddock with the plant-based tofu (sometimes also with a layer of crispy nori seaweed to create the effect of fish skin), vegans can now enjoy “tofish” with their chips.

They might sound like a guilt-free alternative or a gateway for the vegan-curious, but vegan fast food alternatives are often worse for your health than the meat equivalent.

“Obviously the pros are that [veganism] is getting people to think about plant-based foods, but the con is that it makes us think that it is good for you when it can be equally or more unhealthy,” says Megan Rossi, a dietician at King’s College London and author of Eat Yourself Healthy.

“Tofu contains omega 3 but it is a type that is not as active as animal sources,” says Rossi. Plant-based sources contain a type of omega 3 called alpha-linolenic acid (ALA). For our bodies to be able to do anything particularly useful with ALA, we need to convert it into eicosapentaenoic acid (EPA) or docosahexaenoic acid (DHA). However, humans are not particularly well equipped to do this. 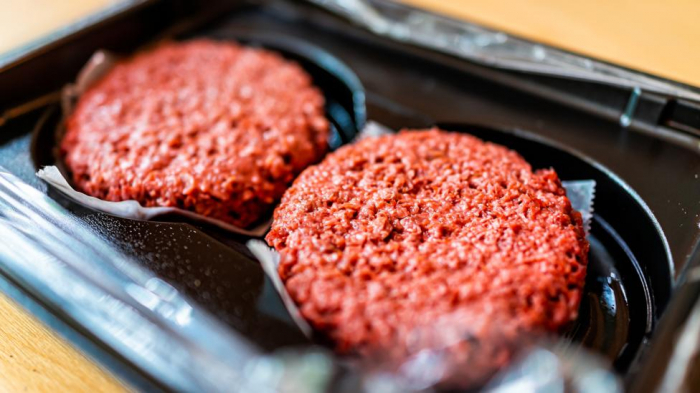 Salt is added to vegan fast foods to give the same meaty, rewarding sensation that would otherwise be missing (Credit: Getty Images)

It is DHA that is responsible for the much-celebrated brain boosting properties of omega 3, while EPA has been linked to reduced symptoms of depression. Both are found in high quantities in fatty fish oils. There are some non-animal sources of useful EPA and DHA, like algae oil, that are available as supplements.

One alternative that seems to be on every menu during Veganury is jackfruit. The ripe fruit has a sweet taste, which hints at its close relation to the fig, but the unripe fruit is savoury and has a fleshy texture. This fleshiness makes it a convincing choice for pulled pork alternatives, curries and burgers.

The issue is jackfruit is quite nutritionally valueless if it's protein you're wanting. It is mostly made up of carbohydrates and contains almost no protein. As a replacement for meat, it is not the best choice.

Even other plant-based protein sources are of a lesser quality than animal protein sources, says dietician Rachel Clarkson. “Proteins are made up of amino acids which are the building blocks of every cell and hormone in our body. However, most plants do not contain good amounts of all essential amino acids.”

Plant-based protein sources usually lack at least one of the nine essential amino acids – the amino acids that the human body needs, but is unable to synthesise and so has to source from our diet. This means that vegans either need to carefully balance their proteins so that they complement each other, or supplement their diet from elsewhere. However, meat, egg and dairy products are considered “complete” because they contain all nine essential amino acids.

“If your protein diet is made up of lentils and beans, you would be getting some but not all of them,” says Clarkson. “Vegan burgers are often made up of beans, but this is not a complete source. One great product is soy because it is high in quality protein. That would be my go-to protein.”

Another discrepancy between the quality of animal- and plant-based foods is in their iron content. While plenty of plants, like whole grains, legumes and spinach are high in iron, once again, it is not always the best type. Animal sources contain haem iron, whereas plants contain non-haem iron. Non-haem is not as well absorbed by the body. Being iron deficient is a problem, particularly for women whose iron requirement for menstruation is higher. 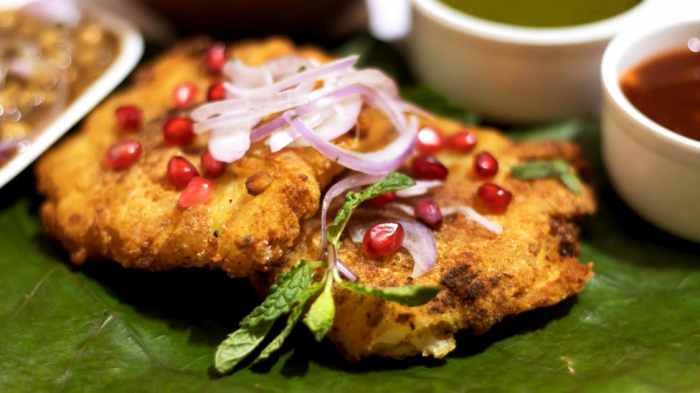 Tasty, crunchy vegan food that apes our fast-food favourites might be a gateway to a vegan diet (Credit: Getty Images)

“If you go long-term as a vegan, food pairing is going to be important,” says Rossi. Some foods contain chemicals whose properties improve the absorption rates of chemicals in other foods. Adding vitamin C, for example, while eating a non-haem iron source improves our ability to absorb it. Rossi gives the example of using a tomato base, rich in vitamin C when cooking with lentils.

One also needs to consider what is added to vegan fast food to make it as rewarding and fulfilling as meat equivalents. A vegan burger from KFC in the UK, for example, contains 2.91g of salt compared to 2.02g for their fillet burger or 1.97g for the Zinger burger. There is also more sugar and carbohydrates, and less protein in the vegan burger.

Salt is sometimes added to foods as a preservative, but there is also something fundamentally rewarding about salty food, says Clarkson. Salt is added to vegan fast foods to give the same meaty, rewarding sensation that would otherwise be missing. Issues arise, though, when you consider that some people are less able than others to process salt due to their genetics.

Genetic variations in a gene called ACE predispose around seven in 10 of us to increased blood pressure when salt intake is high. These people need to limit their daily salt intake to 4g (compared to the 6g recommended by the NHS in the UK) to help reduce their risk of high blood pressure, says Clarkson who is a specialist in nutrigenomic testing. A Greggs vegan sausage roll contains 1.9g of salt.

No vegan burger would be complete without a slice of vegan cheese. But would we be better off eating the real thing?

““Having small amounts of cheeses in your diet [can be] good for your body",” says Rossi. “Cheese is fermented by bacteria that produce peptides which are beneficial in our bodies. She says most vegan cheeses are not fermented but “they are calorific but have [degraded] nutrients”.

Burger cheese, even at the best of times, can be limp, pale and flavourless – what some might generously describe as “American style”. The chemistry of vegan cheese makes it ideal for replicating this texture. But it is also one reason that vegan cheese can be surprisingly unhealthy.

“This is worrying because what sat fat does is increase LDL [low-density lipoprotein] cholesterol which is responsible for fatty plaque build-up in arteries,” says Clarkson. “One day that plaque may be pulled off the side of your artery and that is where you get a heart attack or stroke.” 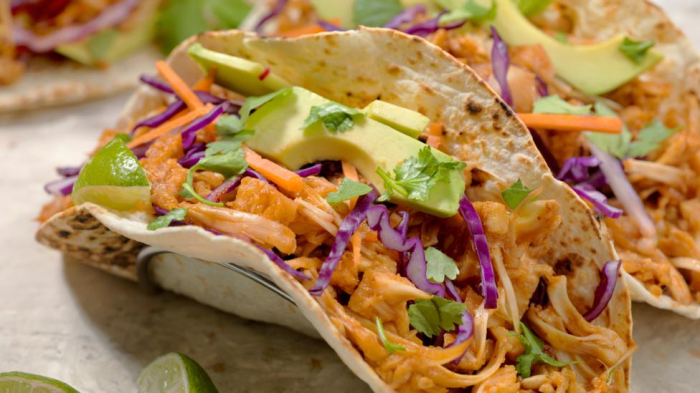 Jackfruit mimics the texture of slow-cooked meats such as pork - but doesn't contain much protein (Credit: Getty Images)

Olive oil, on the other hand, is high in high-density lipoproteins (HDL). This type of cholesterol lowers the risk of fatty plaque buildups helping to transport LDLs to the liver where they can be removed.

Generally, dairy products are also a good source of B12, but plant sources of B12 are less easily taken up by the body. “Some people have a genetic variation that makes them poor absorbers and transporters of B12 from cell to cell,” says Clarkson. “I am quite plant-based. My genetic test showed me that I have an increased risk of B12 deficiency. I thought I was fine because I have low-fat cheese, fortified nut milk. When I took my blood test I was low in B12 and I am a nutrition professional. You might think you are doing the right thing but your blood says something else.”

Being able to make an easy substitution between meat and plant-based fast food might make transitioning to a vegan diet easier. Certainly, it could be a gateway for many people to try new vegan alternatives. So the ready availability of vegan foods in pubs, restaurants and fast-food outlets could be a good thing if diners then continue to learn about plant-based foods and look for other alternatives for the rest of their diet.

“In order for a behaviour change to be successful you should start small and build on an existing behaviour,” says Stephanie Stanton-Fay, a behavioural scientist from University College London who specialises in health psychology. “Anything that makes it less effort is morale-boosting, so integrate it into a routine that you already have.

But what if someone decides to try vegan alternatives for health reasons, only to find that their diet is not working?

“One concept we talk about is spillover: If someone makes a behavior change there is the likelihood that that change will spill over into other behaviours where there is a common link. If you switch to vegan sausages, for example. Okay, what else is similar? Maybe they will try other meat products, or things in a similar category, like cheese.”

But what if someone decides to try vegan alternatives for health reasons, only to find that their diet is not working? Other diets, like cutting out sugars or calorie counting, can be reasonably clear cut, says Stanton-Fay – there are simple calculations to determine how many calories you should be consuming, for example.

“Something like sugar is particularly demonised in recent months and years; there is a clear evidence base to reduce or cut it out,” says Stanton-Fay. Whereas the health risks associated with meat products are much less clear. 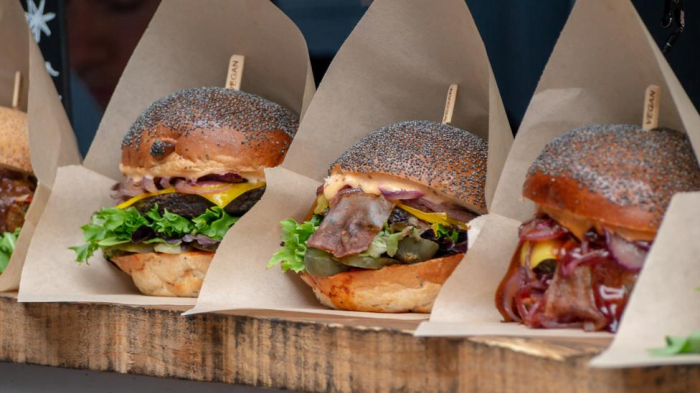 The health risks associated with the nutrient deficiencies from vegan fast food might not show up immediately (Credit: Getty Images)

“It is also reasonably clear cut on what contains sugar – it is easy to tell. With vegan food there is the component of eating sustainably and purchasing foods that are compatible with environmental issues. It is more complex because what might start as a health drive becomes mixed up with all of these other factors,” says Stanton-Fay.

There’s also the concern that the health risks associated with these kinds of nutrient deficiencies might not show up immediately. It could take years to associate foggy thoughts and tiredness with low B12 levels, infertility with low iron, and osteoporosis brought on by calcium deficiency does not show up until late 40s and 50s in most people, says Rossi.

“People will think about their health now and not their future health,” she says. “With the link between omega 3 and depression, there might be a slight risk but some people can handle less and some people need more. Some people feel great and other people require higher concentrations.”

So, while you might reach for that plant-based burger with the best of intentions, remember exactly what it is – fast food – and be prepared for the fact that it might even be worse for you than its meaty cousin.