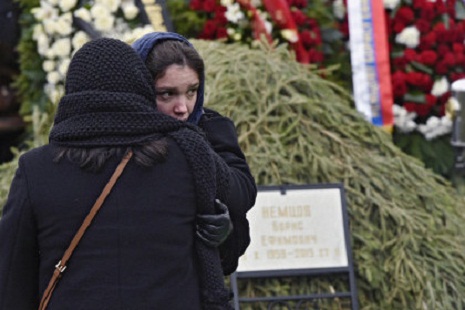 The daughter of Russian opposition politician Boris Nemtsov has blamed state propaganda for fomenting hatred and intolerance that contributed to his killing in February.
Zhanna Nemtsova said in a column published Tuesday in the business daily Vedomosti that responsibility for her father`s death was shared by employees of state-controlled TV who cast him and other opposition leaders as "national traitors."

She urged the West to introduce sanctions against those involved in "criminal propaganda."

Nemtsova, who worked for the independent RBC news channel, was quoted by RBC as saying Monday she had recently left Russia amid threats.

Her father was shot dead just outside the Kremlin on Feb. 27. The investigators have arrested five suspects, all Chechen, but haven`t yet determined who ordered the slaying.