Can China handle the economic turmoil of its viral outbreak? - iWONDER 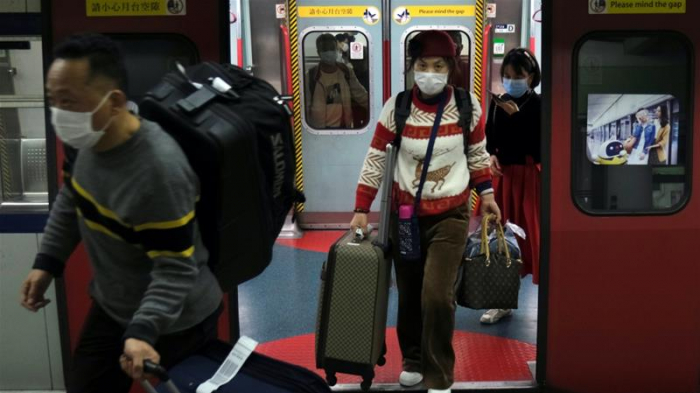 For Eppu Makipaa, some quick thinking in late January as a new coronavirus swept through China and many other countries helped avert a significant disruption at the company he works for.

Makipaa - a sales engineer and manager at Lifa Air International, a Finnish company that makes air purifiers and protective masks in a factory with 3,000 workers in Dongguan in southern China - opted to keep manufacturing operations going even as most Chinese companies shut down for the Lunar New Year holiday that started on January 25.

"We decided to keep our factory open a little bit longer because we had some new product launch events going on," Makipaa told Al Jazeera. "We saw the situation with the virus and decided that we would [only] close the factory for less than 24 hours [for the holiday]."

This was a challenge, as most of the workers wanted to return to their hometowns and villages for the holiday. But for the staff who stayed, doing so proved to be a blessing.

"We were able to find enough workers who were willing to work, and, of course, a lot of those people were from areas that are now affected by a virus," Makipaa said.

He says his workers find it "important and meaningful" that they are able to help the fight against the virus by supplying medical equipment for those who need it the most.

But for many other firms in China, the coronavirus outbreak has been far more painful. And while the broader economic effect on China is still hard to gauge and likely yet to fully play out, some economists are already warning the public to brace for a sharp slowdown.

The number of infections has now exceeded those during the Severe Acute Respiratory Syndrome (SARS) epidemic of 2002-2003 with the number of deaths climbing rapidly.

The latest outbreak brought the country to a standstill in the middle of the Chinese New Year holiday which was originally scheduled to last from January 24 to 30.

But central government authorities officially extended the holiday nationally through to February 2. Key economic powerhouses like Guangdong province in southern China have indicated that key sectors such as municipal utilities, public transport, medical supply producers, supermarkets, food production, and logistics should resume work first, with all others allowed to start after February 9.

Thousands of flights, trains, and long-distance buses have been cancelled or disrupted while road traffic has become snarled by checkpoints for body temperature scans and by villagers blocking roads to keep outsiders away.

Millions of Chinese, many back in their rural hometowns for the holiday, have been staying indoors much of the time for fear of catching the virus or by order in over a dozen cities locked down in Hubei province, where the outbreak originated in the provincial capital of Wuhan in late December.

Wuhan is a key transport, steel and industrial hub between all four points on the compass for China, often compared with Chicago in the United States due to its geographic importance.

In the coming days, many of those millions home for the holidays will attempt to return to major cities where they work. They will try to travel by air, rail and highway, potentially creating a transport logjam worse than the usual travel problems at this time of year.

Once at their destination, they will need to navigate roadblocks, quarantined residences and offices, temperature scans at supermarkets and on the metro and enforced mask usage. And with mask supplies stretched, that could be difficult.

Many business owners say their most pressing concern right now is ensuring the health of their workers as they return from the Spring Festival if they can.

"It will be a huge challenge," Everest Zhao, CEO of electronic cigarette company VooPoo, said of the possible labour shortages ahead.

"Right now we're more concerned with helping the country through this and how to keep our colleagues safe," Zhao told Al Jazeera.

China had already been experiencing its slowest economic growth rates in nearly 30 years before the coronavirus outbreak, as the United States engaged it in a trade war. Gross domestic product (GDP) - the total value of all finished goods and services produced in a country - expanded by 6 per cent in the fourth quarter of last year compared with the same period in 2018.

Zhang Ming, an economist at the Chinese Academy of Social Sciences - a top government think-tank - estimates that the outbreak could cut first-quarter 2020 GDP growth by about 1 percentage point.

"GDP growth in the first quarter of 2020 could be about 5.0 per cent, and we cannot rule out the possibility of falling below 5.0 per cent," Zhang was quoted as saying in Caijing magazine.

With infection rates continuing to rise, the big unknown remains precisely how long and severe the coronavirus outbreak will be.

"The economic effect of this Wuhan coronavirus will depend on how long the outbreak lasts and its impacts, such as deaths and disabilities that result from it," Yun Jiang, co-editor of the China Neican policy newsletter who formerly worked in the Australian government. "As the infection number is still rising, it appears unlikely that the outbreak will stop any time soon."

Jiang told Al Jazeera that the most immediate impacts will be on tourism, retail and airlines already hurt in China and increasingly around the world as carriers halt flights to the country.

"This [crisis] will make China reaching its GDP target of around 6 per cent in 2020 more challenging," Jiang said. "On the other hand, it may provide the Chinese Government with a quite reasonable excuse to miss its target."

Chinese authorities are rolling out measures to help the worst-affected areas of the economy.

For instance, The People's Bank of China (PBOC), the central bank, is urging commercial lenders to ease credit terms for companies finding it hard to meet their debt obligations.

"During the period of epidemic control, key enterprises that produce, transport and sell important medical supplies and daily necessities should be put on a list, and the PBC will provide them with credit support at favourable rates," the central bank said in a statement on Monday.

But it is not clear whether such measures will be enough. Analysts say much of the economic damage could be caused by panic over the potential effect of the virus, rather than actual deaths or infections of people.

"Our clients are freaking out," Dan Harris, partner at US law firm Harris Bricken, told Al Jazeera. "The big fear is that people will not be going back to work."

But psychology aside, logistical challenges due to measures to contain the spread of the virus are causing very real headaches for manufacturers and the broader economy.

School start times could be another factor in key areas like Guangdong where the start is expected to be pushed back from February 17. The longer children have to stay at home, the longer the disruptions for families trying to figure out how to navigate their return to the cities, factories and offices where they work.

"The teachers put on unpaid leave are starting to realise that there is no end in sight and they too are freaking out because many of them don't have enough money to fly out or to pay their rent, and their employers are going radio silent," Harris said.

Financial markets reopened on Monday for the first time since the Lunar New Year holidays and for anyone invested in stocks or commodities, it was probably a day to forget.

Mainland China's Shanghai Composite Index of leading stocks fell by 7.9 per cent, its biggest one-day drop since 2015. The sell-off had been expected, as markets elsewhere had already reacted to the rapidly spreading virus. But still, economists say it reflects the economic pain that could lie ahead.

"I think the impact could be massive," said Francesco Sisci, an Italian Sinologist who has been in Beijing since the late 1980s and who witnessed the SARS outbreak of 2003.

"There was a boost in productivity once SARS was dealt with, but I think this time is different," Sisci told Al Jazeera by phone.

China's already-slowing economy and its continuing trade war with the US leave the country vulnerable to a protracted economic crisis, Sisci said.

"Whether the Chinese financial institutions have enough firepower to support the market, that is the most immediate challenge and that will impact the economy," he said. "I would say that is what we have to pay attention to."

On Monday, the PBOC tried to ease the panic selling by injecting 1.2 trillion yuan ($171bn) into the market. But it is not clear whether this will be enough to support the broader economy in the coming weeks and months.

Sisci also says a political crisis could be forthcoming regarding the upcoming National People's Congress (NPC) meetings which start each year on March 5, where officials from across the country converge in Beijing to craft policy for the coming year.

The 2020 meetings are particularly important as leaders will chart the path forward for the next five-year economic and development plans with the 14th Five-Year Plan set to start from 2021.

Looking back to 2003, Sisci says that year's NPC meetings helped accelerate the spread of the SARS virus.

"That was the occasion when SARS spread to Beijing because all the [provincial] delegations go to Beijing," Sisci said. "So in a sense, they have to deal with this outbreak by the end of February."