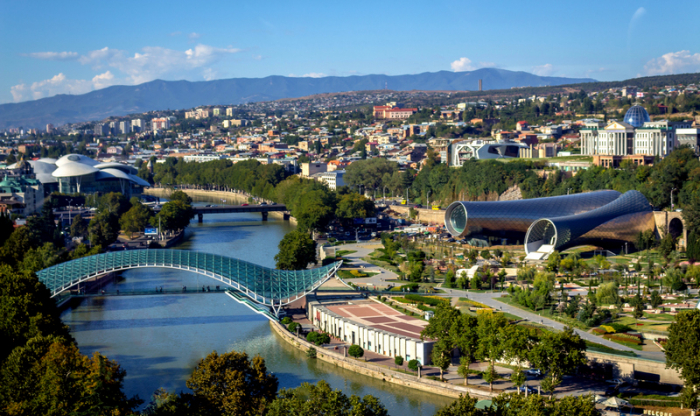 The building of the Georgian National Youth Palace will be fully restored, Tbilisi Mayor Kakha Kaladze said at a meeting of the city government, according to Georgian media.

On May 28, 1918, a declaration of independence, officially proclaiming the creation of the Azerbaijan Democratic Republic (ADR) - the first democratic republic in the East - was read out in the building where the National Youth Palace is currently located.

“Within the works, internal halls of the Palace will also be restored. A tender will be announced shortly. The historical appearance of the Youth Palace will be preserved, the yard will be renewed, the territory will be landscaped. Seventy million lari ($5.9 million) will be allocated for restoration work,” said the mayor.

According to him, engineering networks will be modernized in the Youth Palace, walls and foundations will be strengthened, doors and windows updated.

At the entrance to the hall, where ADR was declared, a memorial plaque with information in Azerbaijani, Georgian and English will be installed.

“This year is special in terms of infrastructure projects. We have planned many interesting initiatives,” Kaladze said.