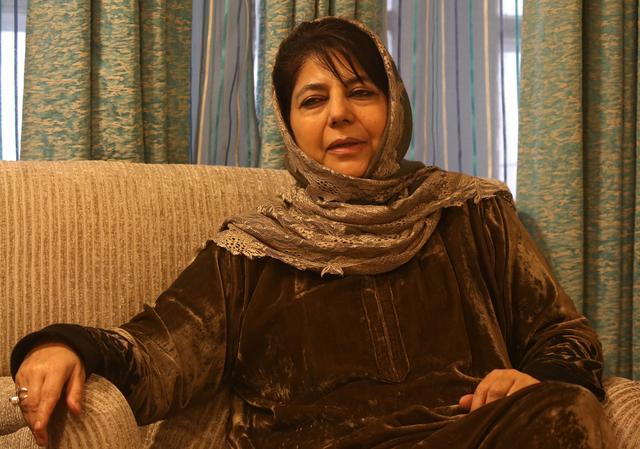 India has extended the detention of four political leaders in Kashmir who had been held by authorities since August to quell dissent after the central government stripped the region of its autonomy, two senior officials said on Friday.

The latest detention order was issued under the draconian Public Safety Act, which allows detention without charges for up to two years, the officials in Srinagar, the summer capital of Jammu & Kashmir state, told Reuters.

They were originally held under a law that allowed a maximum of six months, and their detention was about to expire.

“The law does not allow preventive detention beyond six months. So they had to be either released or booked under PSA,” said one government official on condition of anonymity.

“Several other regional leaders who have also completed six months under preventive detention are likely to be booked under PSA,” the second official said.

The officials requested anonymity due to the sensitivity over security matters. Reuters sought a response from the Home Ministry, but its spokesman was unavailable for comment.

The home ministry in a reply before the parliament on Thursday said 389 people in Kashmir were already booked under PSA since August last year.

Some of those detained have been put under house arrest, while others have been taken elsewhere.

Rights group Amnesty International has described the PSA as a “lawless law”.

“Slapping the draconian PSA... is expected from an autocratic regime that books nine-year-olds for ‘seditious remarks’. Question is how much longer will we act as bystanders as they desecrate what this nation stands for?” said Iltija in a tweet.

The removal of autonomy and subsequent crackdown in Kashmir drew international criticism, and diplomats from several countries say they have raised human rights concerns with India’s foreign ministry.

Last month, India’s Supreme Court rebuked the federal government for shutting down Internet and telecommunications in the state.

A ban on public meetings remains in place, but unrest seen in the weeks after Prime Minister Narendra Modi’s government stripped Kashmir of its autonomy has died down, and an uneasy calm prevails amid a heavy security presence.

Modi’s government has argued that the detention of politicians and internet blackout were needed to maintain order in a region where security forces have been fighting a long-running separatist insurgency encouraged by neighboring Pakistan. Islamabad denies giving material support to the insurgency.

Ahead of scrapping of Kashmir’s autonomy, India’s federal government had detained around 5,000 people including businessmen, civil society members, lawyers and activists to prevent protests breaking out.

Kashmir lay at the heart of two of the three wars fought by India and Pakistan since independence in 1947, and the dispute between the now nuclear armed neighbors over the Himalayan region remains unresolved.