Report by SRC on its main research activities and future plans 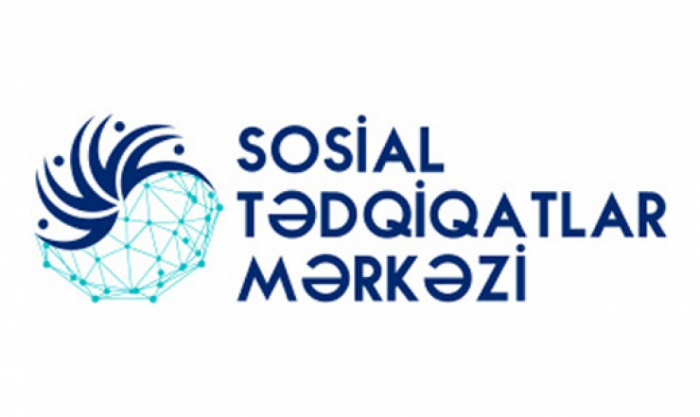 The Social Research Center (SRC) has published a report on its main activities and future plans.

SRC systematically analyzes the dynamics of social relations, identifies current trends and predicts changes, investigates the possible impact of these changes on the society, conducts research and analyzes public opinion through the use of modern information technologies and scientific approaches.

The SRC is a legal entity and reports its publications to the state authorities.

Zahid Oruj was appointed Chairman of the Board of the Social Research Center by the decree  No. 950 of the President on February 11, 2019.

The activity of the Center in the past year can be divided into two parts:

1) Formation and establishment of the Center for Social Research in accordance with the legislation of the Republic of Azerbaijan as a brain center-public entity and performance of tasks arising from the Charter of the Center. The center currently operates in a temporary office. However, over the past period, the Center has been able to cope with the difficult task of developing human resources and enhancing their knowledge and skills, establishing financial and economic activities and organizing clerical work. There is a staffing capacity that is small but capable of producing intellectual products.

2) The second part, consisting of research operations, can be considered as productive in terms of fulfilling the tasks arising from the Charter. Thus, according to the approved plan of action since the second half of April, the Center conducts various sociological surveys, analyses of policies and reference papers covering the socio-economic and socio-political life of the country and the course of the President's reforms. The documents were prepared and submitted to the country's authorities, relevant agencies and the public. Determining the place and role of the president in the new wave of state-building, the Center has attracted the government's attention with open and closed policy papers, reports and inquiries, and the President himself has repeatedly cited the Center's reports.

A report titled "Presidential Performance in Public Opinion" reflects strong support for domestic and foreign policy efforts by the country's President in the last quarter of 2019. In another survey titled "Admission to full (11-year) secondary education, higher and secondary special education institutions", we explored university applicants and parents' views of a new model of admission exams. The results of the survey have been published and submitted to the relevant authorities. Some of the other studies include the analysis of media landscape and the public's viewing preferences, a barometer of religiosity in Azerbaijan and examination of general socio-economic wellbeing of the population.

Municipality 2020: Local Self-Governance in public opinion was published by the Social Research Center in November 2019. The study was carried out among 2484 respondents including rural and urban municipalities across the country ( except Nakhchivan AR). In addition to a survey method, discussions were conducted with a 7-person focus group and chairperson of the local municipality, settlement, and city( 9 members) on the basis of non-random sampling, which formed the basis of findings of the research and consultations.

Research questions of the study involved:

- What traditional and new mass media do Azerbaijani people use?

- Which programs do they watch or what kind of changes would they like to see on “media landscape”?

- To what extent mass media is trusted by the population?

- What are the dynamic trends in Internet usage?

Training, projects, and meetings have been organized by the Center for Social Studies to develop human resources, some of which include "Data Analytics and Data-based solutions", "Philosophy of Sociology" and "Trends of Sociology".

The Center employs up-to-date methodological approaches in its surveys. Through the use of SurveyToGo application, the SRC conducts the survey on tablets. The results are analysed through SPSS software

Meetings and seminars were held with some well-known scientists, experts, specialists, state officials, where there was exchange of views and discussions with the staff of the Center. The SRC also regularly monitors public perceptions of the institutions of power by taking advantage of the existing international practices and practices of international brain centers around the world. Therefore, SRC's ultimate purpose is the establishment of a healthy, trustworthy and honest relationship between the state and the citizen.

All of our activities are reflected in the journal “Trust Index”. The first special issue of the journal was devoted to the performance of President of Azerbaijan Ilham Aliyev in October 2019 and was published under the title "Presidential Performance in public opinion", which was eventually distributed to relevant agencies. Various sections on the site are constantly updated. New articles are uploaded to the site on a regular basis. In addition, all publications of the Azerbaijan Barometer are regularly uploaded to the site. It is also possible to find a summary and content of public opinion polls.

STM.az is the official site of the organization as well as a platform with articles. The site also contains translations. Announcements, events, press releases of SRC are available on the website. Translations and comments on various events are constantly being shared through the “Expert Opinions” section. The Center has developed its own approach to building human resources, involving local experts with excellent knowledge, professionalism, academic credentials, and analytical thinking in the field of social studies, with excellent foreign language skills, while most of the center's young people have studied abroad at prestigious universities.

In a short time, the SRC was able to shape its structure and staffing capacity as a brain center. The Center employs experts trained in universities in Azerbaijan and abroad.

Within the staff, many also hold academic titles and work in a number of universities in the country.

The Center cooperates with state and local self-governing bodies, international and non-governmental organizations, foreign organizations, legal entities and individuals in carrying out their duties. In accordance with its charter, SRC has already started contacting a number of reputable brain centers around the world.

Among the international partners who signed the MoU's (cooperation memorandum) are the Library of the First President of the Republic of Kazakhstan - Elbasi Library, Turkey's Marmara Group Strategic and Social Research Foundation, University of Ankara, Asia Pacific Center, Hacettepe University, Haji Bayram University, Çanakkale Onsekkiz Mart University, Sonar Research Center, Russian Center for Public Opinion Studies, Center for Economic and Political Studies, Rosconres Fund and China's prestigious Academy of Social Sciences are to be named. In addition, certain forms of cooperation have been established with other brain centers.

Essential steps have been taken to use the databases of these institutions, exchange experience, implement joint projects, all of which serve our aim to become a reputable brain center in the international community.

These partnerships contribute to relations between countries, cooperation in the social, scientific, political, and cultural spheres, as well as joint projects and research.

General view of the main activities in 2020

In 2020, the SRC plans the document analyses of reforms in line with the Charter.

The domestic policy analysis department will continue its activities in producing open and closed analysis and preparing reports. Some directions of this activity consist of the research on Artificial Intelligence (AI) and its social aspects as well as perspectives, social problems of society, social media, Z generation, and migration.

Research directions can be determined as the following priorities:

- Research and analysis of social aid and services by the relevant bodies, and the presentation of the findings to various state organs.

- Public opinion surveys within pilot projects on the application of mandatory health insurance in Mingachevir and Yevlakh districts.

- Study of public opinion and determination of trends towards the assessment of social welfare.

- Evaluation of the investment environment in the country

- Preparation of report based on the complex analysis of socio-economic and political aspects of the middle-class population.

In 2020, Public Opinion Research Department will conduct research in the following directions;

- Attitudes to the cultural and sport events

- Study of public opinion about the performance of different state organizations.

In addition to the surveys, the SRC plans to conduct open and closed analyses on issues of concern to the population and prepare policy papers.

The duties of the SRC include presenting offers and predictions to the president, improvement of government management, organising social research on various topics of public importance, making debates, setting up cooperations with civil society institutions and building a broad discussion platform.