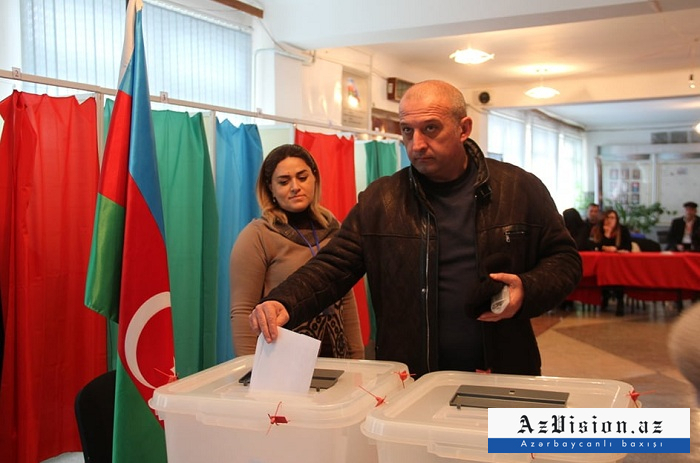 The voting process in the Azerbaijani parliamentary elections is being held smoothly, Israeli journalist Michael Finkel, who is observing the elections, told secki-2020.az.

Finkel arrived in Azerbaijan as part of the delegation of journalists from Israel to cover the parliamentary elections.

“Despite the early morning and cold weather, citizens are coming to the polling stations to take part in the elections.”

"The elderly people are actively participating in the voting process,” the journalist said. “More and more people are coming. I think that there will be much more voters in the afternoon.”

The journalist also added a few words about the election process itself.

“Everything is very good,” the journalist said. “Everyone works very professionally, competently and with great responsibility. Everything is great.”

Finkel also pointed to the parallel features in the elections in Azerbaijan and Israel.

“The elections in Israel and Azerbaijan have similar features,” the journalist added. “Azerbaijan has created all the necessary conditions for holding elections, including the smallest details.

Exit polls will be conducted by AJF & Associates Inc. (US) jointly with Citizens’ Labor Rights Protection League, the Rey Monitoring Center, and the French OpinionWay Research Institute together with the “Human Rights in the XXI Century – Azerbaijan” Foundation.