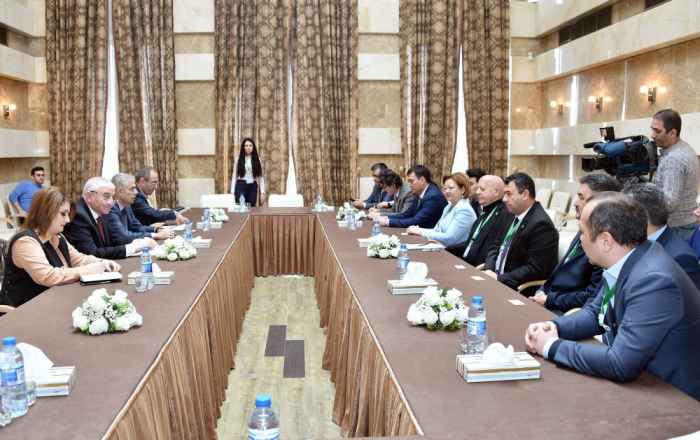 On February 9, Chairman of the Central Election Commission (CEC) Mazahir Panahov met with members of the TURKPA International Observer mission.

Welcoming the guests, the chairman of the CEC informed them about the election process.

“The majority of political parties in the country are being represented in the elections,” Panahov added. ‘The elections are monitored by international and local observers. Webcams have been installed at 1,000 polling stations.”

Head of the Kazakh observation mission Berik Ospanov stated that the parliamentarians of the Turkic states are observing the elections.

The guest thanked the CEC chairman for the warm reception despite his busy schedule.

Ospanov said that the election process is being held smoothly.

Then Panahov answered the guests' questions.