What does coronavirus do if you catch it? - iWONDER 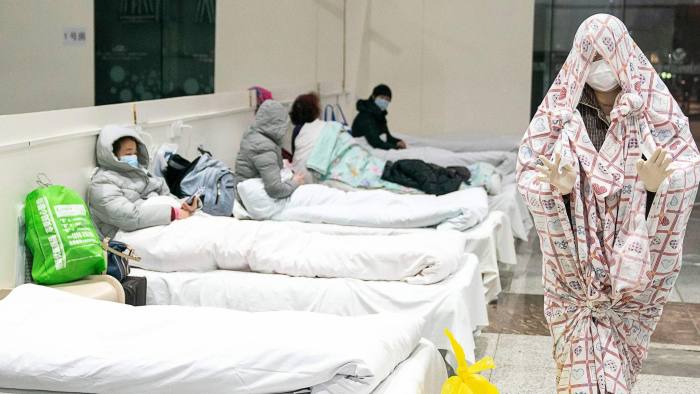 A month ago no one outside the medical community had heard of the new coronavirus (nCoV). Now, with news of the epidemic spreading faster than for any previous disease outbreak in history, people worldwide fear it — although 99 per cent of the 31,500 confirmed cases and all but two of the 638 deaths have been in mainland China.

This is what scientists know — and do not know — about nCoV infection.

How do you catch the disease?

You have to be physically close to someone who is shedding significant amounts of virus, which almost certainly means a person showing signs of disease. Medical experts have challenged the accuracy of reports of asymptomatic nCoV transmission. It may occur on very rare occasions, said Maria Van Kerkhove, acting head of emerging diseases at the World Health Organization, but you are far more likely to be infected by someone with symptoms.

Coronaviruses are most commonly spread through the air by viral particles in droplets from a cough or sneeze. Health workers and family members are also vulnerable to infection from close personal contact while they are caring for patients with inadequate barrier protection (gloves, gown and surgical mask). Essentially, the closer you are to the patient and the more severe his or her disease, the more likely you are to be infected.

What happens when the virus infects you?

Your body may nurture the virus without ever becoming ill, though scientists still have little evidence about the extent of asymptomatic infection with nCoV. If you do develop disease the incubation period is anywhere from two to 10 days. The World Health Organization regards 14 days as a safe quarantine period because any symptoms will have appeared within two weeks of exposure.

The virus multiplies within the respiratory tract, where symptoms will show. “Our clinical network across the globe shows a full spectrum of disease,” said Dr Van Kerkhove. “We have mild cases like a common cold, all the way through pneumonia with different levels of severity to multiple organ failure and death.”

The early symptoms include a fever and cough. These proceed to pneumonia if the lungs become inflamed. In the most severe cases, there may be a “cytokine storm” in which the immune system goes into overdrive, overwhelming the body with cells and proteins that destroy other organs.

WHO’s analysis of 17,000 nCoV cases shows that symptoms remained mild in 82 per cent while fewer than 2 per cent have died, although fatality rates calculated in the early stages of an epidemic are unreliable. On average patients who die do so within 15 days of the onset of disease, though there is considerable variation in this figure, said John Edmunds of the London School of Hygiene and Tropical Medicine, who is modelling the nCoV epidemic.

Although it is too soon to be sure, experience with survivors of the closely related Sars coronavirus infection suggests almost everyone who recovers from nCoV will return to full health without long-term harm — in contrast to the Zika and Ebola epidemics, which have caused continuing neurological effects in some people.

Who is most vulnerable to coronavirus disease?

There is a strong relationship between nCoV and increasing age, as with most other infections (though not the Spanish flu pandemic of 1918-19, which hit healthy young adults particularly hard). People suffering from existing ill health, such as diabetes, cardiovascular disease and anything that suppresses the immune system, are also more vulnerable.

As a result, most of those affected severely by the virus are over 65. Elderly people tend to have intrinsically weaker immune defences and suffer from more chronic disease.

In contrast, very few children have shown signs of nCoV infection. When this immediate crisis is over, scientists will want to carry out extensive blood tests of young people exposed to the virus, to find out whether they were infected without clinical symptoms appearing or avoided infection altogether.