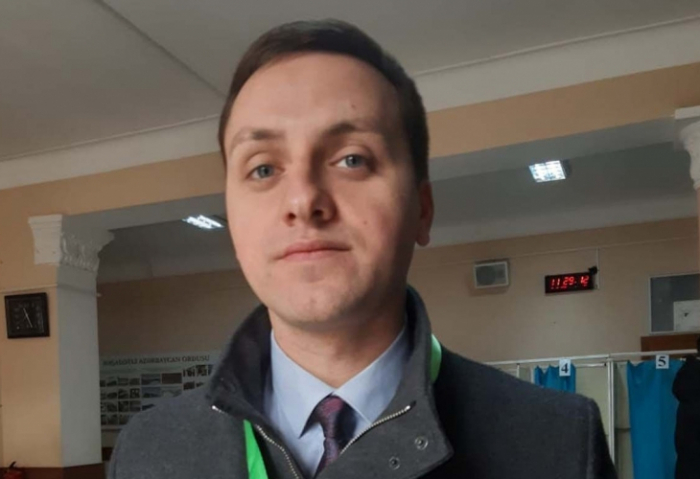 “Such a high voter turnout in bad weather - more than 300 people in one polling station by 11:30 (GMT+4), shows the great interest of voters in choosing worthy MPs,” Kreidenko told secki-2020.az.

Kreidenko also stressed other positive factors of the voting process.

“The work of the polling stations was launched on time,” official observer said. “The voting process is at a high level. People vote freely. Members of the election commissions are on the scene. There are no obvious violations and abuses.”
The official observer noted a big number of candidates in each constituency.

“One of the candidates is 20 year old, he is young enough, which is very bold for participating in the parliamentary elections,” Kreidenko added. “I know that there are many candidates, more than 1,300 people across the country, who want to become MPs."

In conclusion, official observer spoke about the Ukrainian parliamentary elections and the difference of the Ukrainian voting practice from Azerbaijani one. In particular, Kreidenko stressed that there are usually photographs and programs of the candidate on ballots in Ukraine.
The parliamentary elections of the sixth convocation are being held in Azerbaijan on Feb. 9.

Secretariat Information Center of the Central Election Commission (CEC) will inform about the voting process, as well as preliminary data as of 15:00, 17:00 and 19:00 (GMT+4).