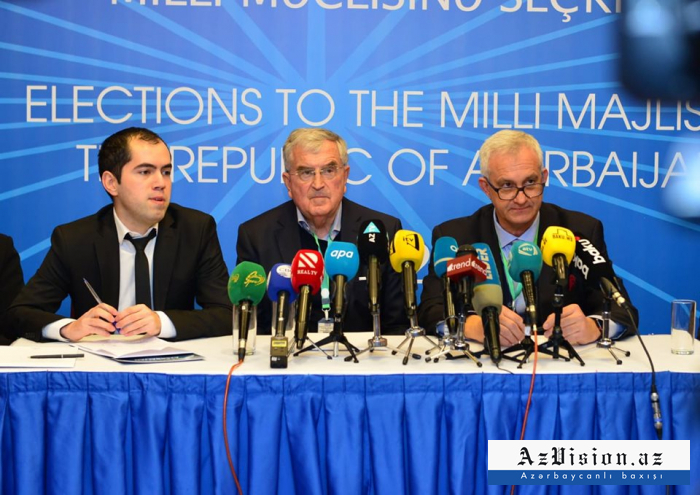 “I observed the election process in Baku and Sumgayit. I also visited a polling station for the Nagorno-Karabakh region. I can say that everything was well-organized, and the elections were held at a high-level,” he noted.

Steffen-Claudio Lemme, a former Bundestag member, said he monitored the polls at eight polling stations. “The elections passed democratically. No violations have been recorded.”

Another German observer Urs Unkauf stressed that a large number of young candidates vied for parliamentary seats. “This is a positive fact. It is encouraging that female candidates also took part in the elections. I was pleased with the local observers' observation of the election process, and we observed that the votes were counted in a proper and timely manner,” he added.