No campaigning observed at polling stations in Azerbaijan - Russian observer 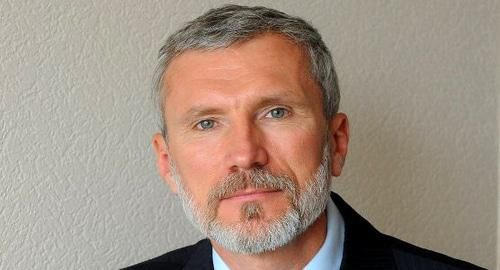 No campaigning or other illegal actions were observed at polling stations during parliamentary elections in Azerbaijan, Russian MP Aleksey Zhuravlev said at a press conference in Baku, Trend reports.

“We visited a fairly big number of polling stations, looked at what was happening there, carefully assessed the environment,” the MP said. “I would like to point out several aspects. The first one is the organization of the elections at a fairly high level. With regard to international requirements, all technical issues were met absolutely clearly.”

“It was striking that there were a lot of observers, both local and international ones, at the polling stations,” the MP added. “First of all, I would like to note that all observers were provided with the necessary access from the point of view of observing the elections, which is important.”

Zhuravlev also commented on the application of special markings on the thumbs of voters.

“All observers watched carefully when people approached, and in the ultraviolet it was clearly visible that a voter was voting for the first time,” the MP added.

“There is quite a great number of MP candidates in the ballots, and this is very interesting, in my opinion,” the MP said. “This indicates the legitimacy of the elections. This is big competition. I personally would like to note that in some constituencies the number of women exceeds the number of men. This is very important both for the electoral process and for the legitimacy of the elections.”

Summarizing, Zhuravlev added that in general, the elections were legitimate, and held in competitive environment.

Throughout the day, 5,573 permanent polling stations operated in 125 constituencies of the country. There were 5,329,460 registered voters.