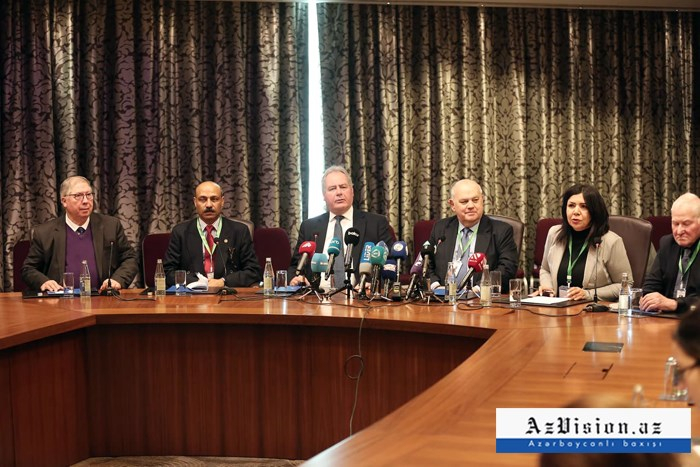 The early parliamentary elections held in Azerbaijan have taken place in accordance with relevant procedures, said David Evans, member of Chamber of Lords of Parliament of Great Britain, secki-2020.az reported.

He said he observed the election process in Azerbaijan for several times.

Another British observer Blackman Robert noted that they as a team attended various polling stations: “I personally observed elections at 7 polling stations. The reflection of a number of voters on the screen was a good practice. Thanks to this, the observers could conduct a comparison of figures”.

The Editor-in-Chief of "London Post" newspaper Shahid Gureyshi said the great number of independent candidates left a good impression on him: “There were technological innovations. For instance, I should mention the device for checking of identity cards. There were not conditions for committing violations because the local observers attentively tracked the course of elections”.

The diplomacy expert Nabi Ayad stressed that the observations conducted by him yesterday left a great impression on him: “I didn’t witness any violation on the election day, and the elections were held in accordance with rules”.

And Berry Tomlin noted that the women’s ranking among the observers is a perfect example: “This is a positive example and should be broadly applied in the world. The invitation of over 800 international observers shows the extent of the government’s careful and responsible approach to the elections”.